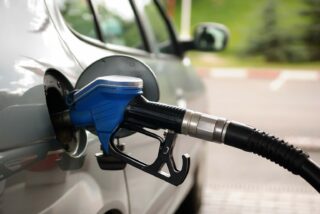 If a blockbuster movie were to be made about natural resources, Nigeria’s crude oil would undoubtedly get a lead role. However, it does not appear like the film will end well. Partly because of the controversies surrounding crude’s foremost derivative in the country. Within the space of five months, so much has happened within the petroleum industry in Nigeria. Last October, the Minister of Finance, Budget, and National Planning, Zainab Ahmed, announced the federal government’s plan to remove fuel subsidy this year. It was simply one of several attempts to remove the subsidy. As is the norm, the announcement got many tongues wagging, and last month, the government announced a postponement of the subsidy removal due to “high inflation and economic hardship”.

Early last week, residents of some states in Nigeria like Abuja and Lagos began their week with some apprehension as fuel scarcity surfaced. The Nigerian Midstream and Downstream Petroleum Regulatory Authority (NMDPRA) says petrol, with methanol quantities above Nigeria’s specification, was discovered in the supply chain. So, the NNPC’s bid to recall the contaminated products reported to have damaged some cars caused the hassle for supposed quality petrol in gas stations willing to sell. This ugly development has prompted Nigerians to wonder; who is to blame for the importation of the contaminated fuel. And was there no quality control or regulating body in place?

The Chief Executive Officer, and Group Managing Director of NNPC, Mallam Mele Kyari said suppliers, through the direct sales direct purchase (DSDP) arrangement, imported all four PMS cargoes with methanol-blended petrol into Nigeria from Antwerp-Belgium. The DSDP scheme involves NNPC allocating a certain volume of crude oil to the successful companies while the companies are required to bring in the equivalent value of different petroleum products to the country. Kyari listed the vendors responsible for importing adulterated petrol as MRS, Oando, Duke Oil, Brittania-U, and Emadeb Consortium. He noted that cargoes quality certificates issued at load port (Antwerp-Belgium) by AmSpec Belgium indicated that the gasoline complied with Nigerian Specification.

“The NNPC quality inspectors including GMO, SGS, GeoChem, and G&G conducted tests before discharge also showed that the gasoline met Nigerian specification,’’ Kyari said. Equally in Nigeria, NMDPRA, an agency responsible for regulating the midstream and downstream petroleum operations in Nigeria, including technical, operational, and commercial activities, carried out its inspection. “It is important to note that the usual quality inspection protocol employed in both the load port in Belgium and our discharge ports in Nigeria do not include the test for per cent methanol content. Therefore, the additive was not detected by our quality inspectors,’’ he added.

In separate publications, four of the accused oil companies – MRS, Emadeb, Brittania-U, and Oando have denied importing the high methanol petrol that is presently the bone of contention in the country. However, only Duke Oil has remained silent on the charge of contaminated fuel importation, with all fingers pointing to it. Duke Oil is the wholly-owned subsidiary of the NNPC established to serve as an intermediary between the national petroleum company and the international oil traders.

No matter how the NNPC tries to sugarcoat its bile, it is crystal clear the system is porous. Since methanol is a regular additive in the petrol imported to Nigeria, it is illogical for the NNPC to exempt the test of the per cent of methanol that comes with its frequent PMS import. If other PMS additives are tested, why not methanol? It won’t be unreasonable to suggest excessive profit-seeking practice got Nigeria into its present state of chaos.

The effect of bad fuel on Nigerians

Nigeria is excessively import-reliant on almost all its consumption needs. Nigeria is Africa’s largest oil producer, but it imports refined petrol despite having four refineries that have become dysfunctional. Even with the abundance of its human and natural resources, Nigeria is the only member country of the Organization of Petroleum Exporting Countries (OPEC) that imports 90 to 95 per cent of refined petroleum products to meet its domestic consumption. Bad fuel is one of the expensive costs we pay for this. This has both short-term and long-term effects on the country and its citizens.

Nigeria has always had a history of importing adulterated fuel. It happened in 1997 during the regime of late General Sani Abacha. It happened in 2008; 33,000 metric tons of gasoline, contaminated with ethanol, were imported during Umar Musa Yar’adua’s administration. Like now, several reports of damaged vehicles trailed these fuel crises at the time, an expensive cost an average Nigerian has to pay for the incompetence of their leaders.

Nigerians are facing another season of fuel scarcity in the NNPC’s bid to retrieve the adulterated 170.25 million litres of petrol brought into the market. In the short term, this has created a lot of inconveniences as vehicles hassle for fuel in filling stations with unsullied fuel, and people bear the brunt of public transport workers who have increased fare prices.

Also, the NNPC may need an estimated N201 billion worth of clean petrol to bring the affected adulterated products imported into the country up to standard. According to the NMDPRA, for every 200 litres of the foul product, 800 litres of excellent grade fuel are required to bring it up to standard. That is an enormous cost considering the recent complaint by the administration about the N102.5 billion expended on fuel subsidy monthly. The estimated amount for the fuel rectification would have covered the cost of fuel subsidy for two months. Indeed, Nigeria has a spending problem.

Beyond the methanol problem, it is salient to establish that the regular petroleum Nigerians consume is unsafe and unclean, falling far below officially recommended standards, and cannot be sold anywhere in Europe. Analysis shows that black market fuel derived from crude refineries located in the creeks and swamps of the Niger delta is less polluting than the highly toxic diesel and petrol that Europe exports to Nigeria. The fuel exceeded EU pollution regulations by up to 204 times on average, and by 43 times the level for gasoline.

Nigeria has made several commitments to ensure that the sulphur content of its fuels reaches 50 parts per million (ppm), yet petrol, kerosene, and diesel are more than 20 times (1000ppm) higher than they should be. The toxic fuels imported contaminate the air we breathe. Nigeria ranked the 10th most polluted country in the world in 2018. An estimated 114,000 Nigerians die prematurely from air pollution annually. These statistics are bad for any country. Adulterated fuels also destroy greenhouse gases and help accelerate the adverse effect of climate change. As a nation with enviable prospects, Nigeria cannot continue to bring this burden of inconvenience upon its citizens.