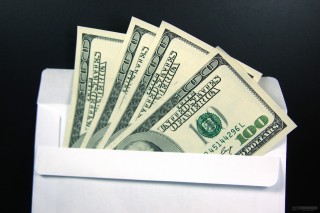 The disruptors are forcing change in the remittance industry

Disruption in the money transfer market is not just business, it’s about breaking the oligarchy of Western Union and MoneyGram

Remittances to Africa have grown rapidly in recent times, and it forms an integral part of the $500 billion global money transfer market. This is because several African nations rely heavily on money sent home by friends and relatives working abroad. Hundreds of Africans are migrating daily to keep growing the influx. But the biggest gainers in this have for long being a few firms, whose near-monopoly costs the continent about $2 billion annually in remittance fees. However, a new breed of companies are causing much needed disruption in the money transfer market and are putting consumers back in control of their money.

The massive increase in external financial flows (sum of gross private capital flows, official development assistance and remittances) to Africa, to more than $120 billion in 2012 from just $20 billion naira in 1990 has been driven by the growth of remittance to the continent. The continent received $32 billion in 2013 and is expected to receive more than $40 billion by 2016. But high street banks and money transfer companies, majorly Western Union and MoneyGram have dominated the market for years, charging exorbitant fees, with opaque foreign currency charges and agent-exclusivity arrangements, undermining competition and favouring price hike.

UK-based think-thank, Overseas Development Institute (ODI), estimates that Western Union and MoneyGram, through which two-thirds of remittance transfers are done, accounted for $586 million of the loss associated with the remittance ‘super tax’. But a Moneygram spokesman told the Guardian newspaper that ODI’s estimates were inaccurate. “We don’t recognise those numbers at all. There is no Africa premium”.

A Western Union spokesperson also claimed that the company’s average global revenue was between 5-6 percent of money transferred through it. He explained that consumer protection costs, local remittance taxes, market distribution, regulatory structure, volume, currency volatility, and other market efficiencies were factors that determine the MTO’s pricing. However, ODI has called for greater transparency over remittance charges and has also urged an investigation into foreign exchange conversion rates.

For some of the distruptors of the money transfer market, it is more than just business, it is a way of ensuring hardworking Africans, who send more money home than what traditional Western donors send as Official Development Assistance (ODA), do not  continue to lose money to the “Remittance Super Racket”. “There is a social cause here,” says Rajesh Agrawal, founder and CEO of Xendpay.

Xendpay says it offers a competitive exchange rate by adding customer transfers onto larger sums sent by corporations via its sister MTO RationalFX. This enables it to offer customers ‘pay what you like’ for the service. Agrawal posits that if transfer costs were slashed, an extra $40 billion would go to developing countries which make up 80 percent of recipients.

While the global average cost of money transfer continues to fall, ODI, in a 2014 report noted that Africans in diaspora pay an average of 12 percent to money transmitters to send $200 home. “Forcing migrant workers to pay as much as $50 to send $200 is wrong especially when they are sending salaries they have earned in the hope of supporting their families back home,” the World Bank comments.

The disruptors are here and the big players in the remittance industry are already feeling the impact of their presence. MoneyGram’s 2014 fourth quarter revenue in its Global Funds Transfer segment fell 9.5 percent year over year to $330.6 million. Money transfer transaction volume also decreased by 2 percent and money transfer fee, as well as other revenues, declined 10.1 percent year over year to $305.7 million.

Western Union, which gets most of its business from migrant workers who send money home, may also struggle on the long run, as the emerging money transfer providers are offering customers unbeatable deals. While Xendpay allows customers to ‘pay what they like’, SimbaPay, which recently launched its money transfer service to Nigeria from the United Kingdom, charges zero fees for money transfers to the West African nation.

In a development that shows they are here to stay, investors are placing big bets on these new money transfer service providers. More than eight have gotten funding in excess of $8 million in the last five years. UK-based WorldRemit has attracted one of the highest funds, raising about $140 million. The company founded by a Somalian, whose country’s reliance on remittances is unrivalled across Africa, is working to shake-up the money transfer industry, which he considers stagnant. “By taking the industry online and refusing to engage in anti-competitive practices, we are bringing fairer, lower cost remittances to Africa,”  Ismail Ahmed said in an interview.

As Xendpay and WorldRemit exploit the efficiency of mobile money, among other technologies, the use of bitcoin has also been adopted in Kenya with BitPesa. Instead of paying huge transfer fees to companies like MoneyGram or Western Union, transfer can be made just by purchasing bitcoin and sending it to someone with a mobile money wallet. The value of the bitcoin is credited into the account of the receiver. But that is not the great news, the great news is that just three percent fee is charged for the currency exchange. The receiver also gets the money within minutes, according to the company which recently extended its remittance service to Tanzania.

The remittance market is important to Africa and its growth is certain to continue for decades to come, so will the disruptions, as new players challenge the dominance of incumbent MTOs with efficient services, fair and transparent prices.