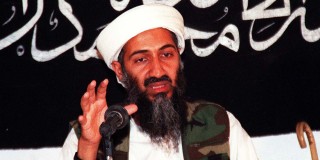 Is the US plagued by an Osama Bin Laden curse?

In 2011, countries around the globe rejoiced with the United States of America after the death of Osama Bin Laden. Finally, the reign of terror as they knew it, had come to an end. Loud as the sounds of jubilation were, some questioned – “Is this really the end of Osama Bin Laden?” It almost seemed impossible that such an influential terrorist was killed.

After bombing the Twin Towers on September 11, 2001, Osama became a major target for the United States. Foiled attempts by two previous administrations (Clinton and Bush’s) failed to deter the USA, who later scored the victory almost a decade after the 9/11 attacks.

However, Bin Laden did not die without plans for a replacement.

Born circa 1991, Hamza, has reportedly been groomed to propagate his father’s version of jihad from a tender age. Following the death of his brother in a US drone strike in 2009, Hamza became Osama’s potential heir. Well versed in the fundamentals of al-Qaeda, he shares the same hatred for Western countries. In 2008, he reportedly wrote a poem in which he advocated for the acceleration of the destruction of America, Britain France and Denmark. In response to that, he was nicknamed the “crown prince of terror” by a British Member of Parliament, Patrick Mercer.

It is now 8 years after the publication of that poem and the prince of terror is still advancing the message of hate against the US. In an online video titled “We are all Osama,” Hamza presents himself as the new face of al-Qaeda. In his message, Hamza vowed to carry on his father’s mission to defeat the US. According to the SITE intelligence, Hamza reportedly said “We will continue striking you and targeting you in your country and abroad in response to your oppression of the people of Palestine, Afghanistan, Syria, Iraq, Yemen, Somalia and the rest of the Muslim lands that did not survive your oppression.”

Despite the successful killing of Osama by the US Special Forces and President Obama declaration that “Justice has been done,” America may not be free from al-Qaeda.

Osama’s heir threatens retaliation. “If you think that your sinful crime that you committed in Abbottabad has passed without punishment, then you thought wrong,” what is correct is coming to you, and its punishment is severe.” Hamza said.