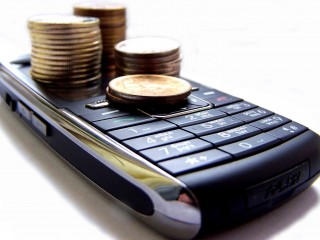 The controversy around Kenya’s proposed tax on mobile money services

According to Reuters, Kenya’s President, Uhuru Kenyatta has forwarded an official document to the country’s parliament detailing a proposed increment of excise duty on mobile money services in Kenya.

This is coming on the heels of a national outrage and protests caused by the increment in fuel products by the National Revenue Authority. The current tax policy in Kenya has attracted wide criticism; many Kenyans have decried the insensitivity of the government to the plight of its citizens.

According to the report, the proposed tax increment bill on mobile money services will now be a subject of debate ahead of the parliamentary sitting in the East African country on Thursday. The document submitted by President Kenyatta proposes that the excise duty on mobile money transfer fees be increased from 10 percent to 12 percent, indicating 2 percent increase in tax.

In June, Safaricom, owners of the country’s largest mobile money platform, M-Pesa publicly disagreed with the government’s proposition, arguing that it would adversely affect mobile money operations in the country. The government’s action which is geared towards supporting its budget is said to be short-sighted as it will ultimately affect millions of Kenyans who rely on these platforms to build their businesses.

With M-Pesa at the driving seat of the financial revolution in Kenya, many unbanked citizens have been connected through these services. Thus, the government’s decision may also affect the country’s poor population who directly benefit from these services, and propel an increase in the prices of local products.

The decision to tax mobile money operators is as a result of the government’s plan to introduce ‘new tax bands’ as a way of improving government revenue and blocking tax leakages in the country. This came after it announced a historic KSH 3.07 trillion budget for the 2018/2019 fiscal year. The latest tax on mobile money services is one of the taxes inserted in the 2018 Finance Bill released by the government.

Discussions across the country are now centred on the bill as it also proposed a heavy tax on cosmetics and other consumer products in Kenya. Another debated proposal in the bill is the increase from KES 7,205 to KES 10,305 per 1000 litres and an increase of KES 5 on each bottled water in the country.

Currently, more than 98 percent of Kenya’s adult population has a mobile money account while penetration of mobile money services into the unbanked settlements and remote areas of Kenya has also increased financial inclusion in the country to 73 percent in 2017.

While the government’s intentions may be paved with good intentions, there is a lot at stake. Not only could it bring a brief hiatus to the unprecedented growth in financial inclusion, but many businesses will also be affected. However, Kenyans are optimistic the parliament will rule in favour of the masses.