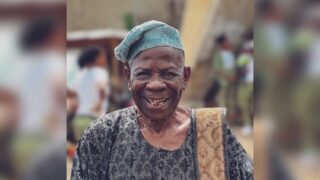 The coffin dance meme and the aged drummer’s portrait: What made these NFTs valuable?

“Value is not intrinsic. It is not in things. It is within us. It is how man reacts to the conditions of his environment” – Ludwig von Mises.

The last time I danced was at a co-worker’s wedding with the rest of my colleagues earlier this year, and I need not tell you how it went. We will not make it past the first audition to enter a Maltina Dance All season. But a sudden reality hit us last week, and the team is currently looking to hire a dance instructor to teach us choreography and unlock whatever hidden dance potential we may have. Our decision is influenced by the mind-blowing news of the $1.046 million sales of the Ghanaian dancing pallbearers meme. The dancing pallbearers became an internet sensation in 2020 after their video became a meme in the aftermath of the pandemic. Last week, Benjamin Aidoo, the group’s leader, announced they sold the viral 2015 video as an NFT for 372eth ($1.046 million). Cool right? But that’s not all.

Last Friday, Adisa Olashile, a young Nigerian photographer and corp member, sold two portraits of an aged drummer on OpenSea for 0.3eth each, which amounted to over N1 million. Tems’ crazy things are happening hits home now; crazy things are happening with NFTs, and we love to see it. Witnessing photos, videos, and digital arts sell for millions and change lives is almost surreal.

In February, we explored how African artists are putting Africa’s story on the metaverse and how they are making money from it. This demonstrates that there is a market for NFTs in Africa, albeit it is still in its infancy. Thankfully, the hype around both NFT sales this past week created more awareness about digital assets and an emerging market on the continent. Now, more than ever, content creators and owners are making sales on OpenSea. This has encouraged many Nigerians to learn more about NFTs and Crypto for fear of missing out.

Like my colleague, Bolu, many people question why anyone would pay so much money for a video or photo easily accessible at zero cost online. Some believe people who purchase NFTs are fools parting with their money. This begs the question of what exactly makes NFTs valuable to a small number of digitally occultic people – at least for the time being.

First, it is valuable because whatever is minted into an NFT, be it memes, tweets, music, images, or videos, becomes one of a kind and cannot be replicated. By this virtue, it is described as a non-fungible token. This means the assets are unique, irreplaceable, and provide exclusive ownership on the blockchain. No two NFTs can be the same because once minted on a blockchain, a unique token ID is generated and assigned to them. This contrasts with a fungible token like cryptocurrencies that can be replaced with another of the same kind. The value of one Bitcoin or dollar bill is the same everywhere and cannot decline in value if transacted. Imagine buying a Leonardo da Vinci piece of art. There is the possibility that there can be multiple copies of his art, but just one original piece can exist. That is what makes the original painting prized and unique. Generally, things are valuable when they are scarce.

The ownership history of NFTs also makes them valuable. A minted NFT has a digital certificate of ownership that gets transferred when that NFT is sold. This digital certificate can be compared to an autographed print. Think of acquiring a physical work of art from da Vinci’s collections, not necessarily his revered Mona Lisa painting. Just because the artist is a renowned renaissance polymath automatically makes the particular art you got golden. It is the same in the digital (NFT) space.

The pallbearer meme and the aged drummer’s NFTs present a little twist. While the pallbearers and the drummer may not have been popular initially, being an internet sensation and a trend contributed to the value ascribed to the minted meme and portraits. However, these instances aren’t always the case, as unknown people sell NFTs for huge sums. There is no manual to how a buyer values creative work. It is simply a case of beauty being in the eyes of the beholder and a person doing as they please with their money.

Human beings are status-seekers, and they will sometimes spend money on objects that have no practical value to identify as a member of a group. Sometimes, this is the case with NFTs. And although it sounds odd, there is value in its valuelessness. Also, NFTs are valuable because they function as a type of digital collectable and a membership card to an exclusive club. Most NFT creators, owners, and collectors belong to communities. These communities have chatrooms on Discord, for meetings and digital hangouts. Some of these communities organize offline events and parties that admit only NFT holders. An example of this is Buju’s HeadsByBuju NFT project – a collection of 10,001 unique NFTs of his face. Holders of these NFTs get perks like access to physical and virtual concerts hosted by Buju, Buju merch, and a percentage of his revenue from specific music projects. Recently, Nigerian rapper, Folarin Falana, popularly known as Falz launched his NFT project. Holders of his NFT will have access to Falz’s Fan Club, including limited-edition merchandise, zoom meetups with Falz, exclusive access to parties, and more.

Ultimately, the future worth of NFTs makes it valuable. If an NFT holder resells his asset, the resale value would likely be greater than the initial purchase price. The value of an NFT owned by a celebrity or famous figure could be heavily influenced by how famous that person becomes progressively. For example, if Wizkid had put out an NFT ten years ago, the value would have skyrocketed by now, owing to his present magnificent status. Although the worth of NFTs is speculative, many people are willing to take the ride.