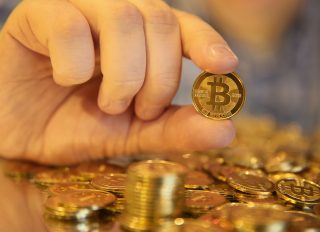 CBN has warned investors about cryptocurrencies, but could it be missing something?

The Central Bank of Nigeria (CBN) has once again cautioned Nigerians to be wary of investments in cryptocurrencies, asserting that virtual currencies are not accepted legal tenders in the country. The CBN, however, seems to be taking the laziest route in asserting its influence on the burgeoning crypto-market.

Following the circular issued by the CBN warning Banks and other financial institutions about dealing with cryptocurrencies operators and customers in the country, the regulator issued a press release on Wednesday stating that cryptocurrencies such as Bitcoin, Ripples, Monero, Litecoin, Dogecoin, Onecoin, etc and exchanges such as NairaEx are not licensed or regulated by the CBN.

The release, signed by the bank’s Acting Director in charge of Corporate Communications, Isaac Okorafor, emphasised that dealers and investors in any kind of cryptocurrency in Nigeria were not protected by law. Mr Okorafor added that the legal implications of such an arrangement are that they may be unable to seek legal redress in event of failure of the exchangers or collapse of the business.

“Members of the public are hereby warned that virtual currencies are not legal tender in Nigeria. Accordingly, we wish to caution all and sundry on the risks inherent in such activities,” the press release from the apex bank in the country concluded.

A cryptocurrency is a digital medium of exchange that uses encryption to secure the processes involved in generating units and conducting transactions. The anonymous nature of cryptocurrency transactions makes them heavily criticized as a way to carry out a host of nefarious activities, such as money laundering and tax evasion.

Countries around the world have been grappling with cryptocurrencies and how to regulate them. Some are welcoming, others are cautious. While Nigeria seems to be joining countries like China and India who are downright antagonistic to cryptocurrencies.

It’s important to note that the crypto-market is still very much in its infancy. But a few years from now, these digital currencies and the technology they built upon have the capacity to cause a significant shift in the financial industry, and even outgrow our traditional financial market. It would be better for regulators like the CBN to acknowledge it doesn’t know everything about digital currencies or blockchain and set up a research team that would help it come up with better ways of approaching the crypto market. There are also ways to enforce certain legislations to safeguard those interested in the market.

The CBN can also learn a thing or two about the future of cryptocurrencies and the accompanying technology — Blockchain — from the written testimony of J. Christopher Giancarlo, chairman Commodity Futures Trading Commission before the United States Senate banking committee: “We are entering a new digital era in world financial markets. As we saw with the development of the Internet, we cannot put the technology genie back in the bottle. Virtual currencies mark a paradigm shift in how we think about payments, traditional financial processes, and engaging in economic activity. Ignoring these developments will not make them go away, nor is it a responsible regulatory response. The evolution of these assets, their volatility, and the interest they attract from a rising global millennial population demand serious examination.”