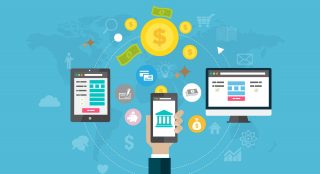 The CBN freezes bank accounts of fintech companies. What this means for the fintech industry.

These fintechs, which are principally owned by individuals and organizations based in the United States of America, were accused of using foreign exchange obtained from the Nigerian market to purchase foreign bonds. And of operating as asset management companies without a license, thereby violating CBN’s directive issued in July 2015.

The CBN’s lawyer, a former Attorney-General of the Federation, Michael Aondoakaa, submitted in the motion ex parte marked FCH/ABJ/CS/822/2021 and filed on the 4th of August, that, “the investigation being carried out concerns what has been discovered to be serious infractions by the defendants/respondents in connection with some foreign exchange transactions, and non-documentation by the defendants/respondents in violation of the extant laws and regulations, particularly the Foreign Exchange (Monitoring and Miscellaneous Provisions) Act and the Central Bank of Nigeria foreign exchange manual.”

As a result, Aondoakaa sought an interim order authorizing the CBN to direct the head offices of Zenith Bank, Guaranty Trust Bank, Standard Chartered Bank, Access Bank, and VFD Microfinance Bank to immediately freeze the bank accounts of the defendants/respondents for 180 days pending the outcome of the CBN’s investigation and inquiry.

In his ruling, the judge, Ahmed Mohammed, granted the applicant’s prayers as prayed. He did, however, state that the defendants were free to challenge the freezing order by filing a motion with the court within the time frame specified. A senior supervisor of the CBN, Christiana Gyang, said that the concerned fintech companies were violating Nigerian trading laws, including dealing in cryptocurrency in violation of CBN policy.

Rise Vest Technologies Limited, whose shareholders at the time of incorporation were Eke Eleanya Urum and Rise Vest Technologies Limited (USA), is a company that specializes in payments and settlements, as well as internal and international remittances. According to CBN’s review, the company completed its asset management activities through Zenith Bank Plc’s account 1017556580, which recorded a turnover of 1.97 billion between January 1, 2019, and April 27, 2021.

It also stated that the account’s inflows were primarily from retail investors via two Payment Service Solution Providers – Flutterwave (588.61 million) and Monnify (N967.58 million). The firm’s account outflows were to a PSSP – Paystack (N500 million) – and cryptocurrency traders such as BuyCoins (N110 million) and Beitium Venture (N350 million).

The CBN also stated that Bamboo Systems Technology Limited is 99.99 per cent owned by US-based Bamboo Global LLC and Oluwole Ralph Olugbenga (0.01 per cent). “The company was incorporated in December 2018 to carry on the business of software design, implementation, development, maintenance and consultancy amongst others. It is related to One Global Med. Technology, BSTL Lambeth and Grag Concepts Limited. Further reviews showed that Bamboo Systems Technology Limited operates an online App, ‘Bamboo’, that provides a medium for investors to buy and sell stocks, exchange-traded funds (ETFs), Index funds and derivatives listed in major exchanges in the U.S.”

Reactions of the concerned fintech companies

Meanwhile, some of these fintech companies have assured their customers that their funds are secure and that efforts have been made to engage with the CBN and other regulators. Bamboo Vest said, “We are aware of the recent reports about us. Our legal and government relations teams are looking into it, but we thought it was important to let you know that your money remains safe with Bamboo and will always be readily accessible.

Chaka said, “In respect to the recent news, please be rest assured that your investments remain safe and accessible through Chaka. We are engaging with appropriate authorities to gain clarity on the publication and clear any misunderstanding. Chaka is duly licensed by the SEC, which means that all our operations are within the purview of Nigerian regulators. Funds through Chaka are insured, and all investments are registered and regulated by the Security Exchange Commission (SEC) and Nigerian Exchange Group (NGX).”

Risevest said, “With regards to the latest news about us and our FX dealings, you can be sure that your investments and funds are safely managed, that funding and withdrawals will continue to be processed as normal, and that our U.S operations remain intact. We will work with regulators, as we always have, to ensure that all issues raised are properly addressed. However, this does not affect our users or their investments, which are managed by regulated third-parties in all jurisdictions in which we operate.”

Nigerians react to the news

The news elicited mixed reactions from internet users last week. The majority of Nigerians viewed the sudden freeze as insensitive and one of the many ways the government makes life in Nigeria unbearable for its citizens, particularly startups. This sentiment can be traced back to recent policies such as the cryptocurrency ban and the Twitter ban.

Kalu Aja, a financial analyst, lamented that the federal government is barely helping the asset management ecosystem, even as startups are competing with foreign startups. He said, “An American citizen can open his phone and buy a mutual fund that holds Nigerian stock. Robinhood is not registered and pays zero taxes. These Nigeria Fintechs are competing with foreigners and get no help from FGN.”

“Dear Fintechs, please read your laws. Beef up your compliance teams. Don’t be caught with your pants down. That’s what companies like Paystack fully understand. Solid compliance and legal teams,” Tooni Goblin, a lawyer, stressed.

Speaking on the development, Iyin Aboyeji, the founder and managing partner, Future Africa, Flutterwave, and Andela, calls for a solid engagement between both parties. He explained, “CBN’s policies in 2015/2016 did create the fintech industry, and I am sure the CBN does not want to destroy its brainchild. However, there will be a need for more engagement to find the balance between regulation that protects the consumer and the financial system and innovation that improves financial services inclusion for the average consumer.”

He went on to say a legally backed forum for regulatory engagement with startups is required, which is what the Nigerian Startup Bill seeks to accomplish. “The Presidency proposing this bill recognizes that this industry is young, fragile, but growing. And that there is a need for a more streamlined regulatory engagement with startups so that issues are resolved in a less contentious manner,” he said.

Although Iyin does not claim to be fully informed on the matter, he does not support what he refers to as the abuse of ex-parte motions in dealing with regulatory issues. “Ex-parte motions like this create an environment of uncertainty that threatens the stability of the financial system… I would like to plead that the CBN find other means of resolving regulatory issues,” he concluded.

What this means for the fintech industry

The African fintech industry is thriving, and Nigeria unquestionably holds an enviable position in this regard. Disrupt Africa tracked 277 fintech funding rounds between 2015 and mid-2021, 108 of which went to Nigerian startups, totalling US$467,901,000 in investment and accounting for 53.4 per cent of funds. Fintech funding in Nigeria stood out in 2021 as well, with US$208,225,000 raised as of June – more than the total amount of fintech funding secured in Africa in 2020 (or any other preceding year).

Discouraging developments like this could harm the growth of this industry by creating investor apprehension, as we have seen in the past. Global tech giants such as Google, Microsoft, Twitter, and Huawei have bypassed Nigeria to establish operations in neighbouring countries. In the World Bank’s ease of doing business index for 2019, Ghana ranked 13 places higher than Nigeria.

Although some of the affected fintech companies have assured their customers that their funds are safe and that transactions will continue, there is a risk of panic withdrawal. According to a source from one of the affected companies, they lost a lot of users and deposits following the April announcement of the proliferation of unregistered online investment and trading platforms facilitating access to trading in securities listed in foreign markets. It took a lot of explaining and convincing to get users to trust that their money was safe and that the activities of the fintech platform are legal. This recent announcement could cause massive reputational damage.

While the customer base of these fintech companies may be affected, these companies are well-capitalized. And because they serve an important need and have developed strong and resilient operations and communications infrastructure for dealing with a crisis like this, a significant number of their customers trust they will bounce back and prove resilient.