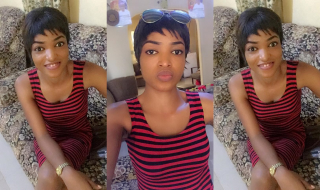 The tragic story of Ifedolapo Oladepo: Again, Nigerians are reminded of the failed state of our institutions and its fatal consequences

The tragic story of Ifedolapo Oladepo’s death has been shared by nearly 3000 people on Facebook. The first class graduate of Transport Management from the Ladoke Akintola University of Technology, Ogbomoso, died on Tuesday at the NYSC orientation camp in Kano state after being denied proper medical attention in due time.

“You called me five hours to your death and told me to start coming as the NYSC doctors are not doing anything for you. They thought you were pretending because you did not want to go for the parade, so they did not attend to you. When u started calling people from home they eventually gave you an injection. Immediately after you were injected, you called me again saying you notice a lot of rash on your body, and that I should speak with the doctor who refused to talk to me. You called five minutes later and told me your tongue is twisting, and that they sent all your friends out after seeing the reactions on your body.

You said we should ask for (available) flight, and I called immediately. I was told Abuja flights are available Monday, Wednesday, and Friday. I told you to tell anybody in the clinic (sick bay) that I am a nurse and that they should allow me to speak to them. A male nurse took the phone from you and told me you were having an anaphylactic reaction and they will watch you for just one hour before transferring you to Aminu Kano Teaching Hospital. But alas they did not transfer you until five hours later when they noticed you were restless, and calling people back home.

I boarded a bus going to Kano to come get you from there. I begged them to take you to a teaching hospital around but instead, they took you to General Hospital, Gwazo where they have nothing and little care to render. They took your phone from you under claims that you were not resting. From that 5pm I could not talk to you. I took a 16-hour journey to make sure I get to you, but I was called around 3am that you gave up without having any doctor in the hospital to attend to you. The only nurse on duty told me she tried her best, her best of staying beside you when death was taking you away as there was nothing to use. From that 3am till I got to Kano, I was hoping it would only be a mix-up, it couldn’t be you. I got to Kano and met you at Aminu Kano mortuary, alas it was you being put in that cold place.”

Someone is brought in sick, and the first thought of individuals who are supposed to be health professionals was that she was putting on an act. And if that wasn’t appalling enough, they stood by and watched as her condition deteriorated from anaphylaxis, obviously a reaction to the “unknown injection” she was given. I am no health practitioner, but I do know that anaphylactic reactions are potentially deadly. Yet these poor excuses for doctors and nurses didn’t know that, else why would they wait five hours before taking a subsequent course of action.

Every Nigerian who successfully went through the NYSC scheme is aware that the health centres/sick bays in orientation camps are staffed with freshly graduated pharmacists, nurses, and doctors. Ifedolapo’s death is an unfortunate attestation to the sorry state of our academic institutions, the calibre of health personnel’s that we produce. Clueless individuals – “Paracetamol doctors” – who lack respect for human life. In my opinion, everyone who attended to the deceased at the health centre in camp should be questioned, and have their certificates seized before they venture out and do more harm.

Also, can we address the fact that a state hospital had no doctor, and just a nurse on duty? How is that even possible? As hard as it is to wrap one’s head around, it is sadly Nigeria’s reality; a lack of both medical resources and personnel in our health sector.

This year alone, there have been several reported cases of avoidable deaths, like that of Dazan Charity Olubukola, a student of Yaba College of Technology who died in February due to delayed medical attention. And also the case of Mr. and Mrs. Ebi Pax Harry, the couple who lost their 17-month-old daughter, Lolia, to medical malpractice and fought for justice. Ifedolapo stood no chance, the odds were stacked against her the moment she fell ill. Her family can simply choose to mourn their loss in silence, as is often the case. Or defy the status quo and seek retribution. But even that too is an issue, our judicial institution is part of the failed system.