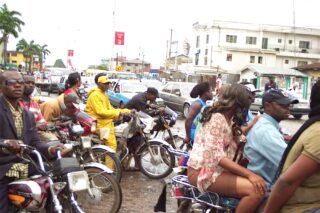 The ban on commercial motorcycles (Okada) in Lagos won’t last. Here’s why

Commercial motorcycles paint a grim picture of the fast-paced lifestyle in Lagos, Nigeria. The constant need for speed in Africa’s densest city has made motorcycles a popular transport medium. Commuters hire them to beat the notorious Lagos traffic. However, only a few people know its origin story.

Commercial motorcycles, nicknamed “okada”, started in 1980. That year, a few residents of the Agege town used them to make extra cash. But with time, the public transport system began to decline, and commuters started seeking alternatives. By 1995, almost 10,000 motorcycles got registered for commercial use in Lagos. Today, those numbers have grown to about 37,000 motorcyclists, according to the state’s motorcyclist association (MOALS).

This decision came shortly after the murder of David Imoh, a sound engineer, by commercial motorcyclists. According to the statement, “the rates of crimes aided by motorcycles and tricycles keep rising day after day and serves as an easy means of escape for criminals.”

But this is not the first time Lagos state is restricting commercial motorcycles. Since Bola Tinubu banned them in 2006, the state has returned several times to make the same decision. The motives don’t seem flawed. 767 of the 1,712 Lagos road accidents in the first quarter of this year involved motorcycles. The question is, why do these bans never stick?

Simply put, motorcycles are not the problem. The menace Lagos state is trying to curb is only an after-effect. For instance, unemployment in the country is at an all-time high. As of the first quarter of 2021, the unemployment rate was at a dismal 33.3 per cent. It hasn’t improved since then.

Also, the crimes Lagos state is worried about didn’t start with motorcycles. Per Cato Institute, Nigeria is the second most unsafe country worldwide. Most insurgency happens in Northern Nigeria, where countries bordering the region are also unstable. However, reports suggest that many motorcyclists operating in Lagos are Nigeriens, Togolese, Beniniors and Chadians. Having been displaced by armed conflict, these neighbouring citizens look for greener pastures. Thanks to a porous border, Nigeria is their preferred destination. And since Lagos is famous for opportunities, they settle in it. According to a Vanguard report, over 3 million commercial motorcyclists have trooped into Lagos since 2020.

The Lagos State Environmental and Special Offences Enforcement Unit said it had crushed 11,820 motorcycles in six months. Yet, the number only keeps soaring. According to the agency’s chairman, Shola Jejeloye, “If we arrest 50 today, you will see more than 150 motorcycles on the same spot when we return after two weeks. The agency is working, but these guys seem to have more money to buy new ones,” This remark is the freshest evidence the action is counterproductive. Without a proper review of past approaches to the ban, this new ban will end the same way as all the previous ones.

Meanwhile, banning these workers has significant economic effects. Ejecting a sector that has become part of people’s everyday lives is costly to both the government and citizens.

The most obvious and immediate effect is that motorcyclists lose their livelihoods. Many motorcyclists get their motorbikes through hire purchases as these bikes are expensive in Nigeria. But now that their work, through which they service their debt, is gone, repayment becomes impossible.

Consequently, Nigeria’s unemployed labour force will be welcoming new members. There is also the trickle-down effect of the ban on agents that contributes directly or indirectly to the day-to-day operation of motorcycles. Services rendered by agents like spare part merchants, motorbike mechanics, vulcanizers, and food vendors face a huge setback. That brings Lagos State to a full circle on curbing crime as higher unemployment rates increase crime.

Also, labour productivity in the affected Local Government areas will experience a decline. Commuters save time and energy by hailing motorcycles. But now, they’ll have to spend those long hours in traffic till they lose all their drive for work.

Lagos already loses about 14.2m hours daily and up to N4 trillion annually to traffic congestion. Without bikes, it could get worse.

More so, Lagos is denying itself revenue from taxes. However, an investigative report disclosed that tax remittances by road transport workers do not get to the state government. Per the report, an estimated 37,000 okada riders pay at least N600 to non-state actors daily. So Lagos state misses out on about N8.103 billion annually. But now, rather than funnel this harvest properly, it’s cutting off the entire tree.

What is the way out?

Solving the situation requires no rocket science. Prior attempts have shown the government’s approach is ineffective in tackling this issue. And the present harsh socio-economic reality in the country makes it look like the latest ban won’t be any different. So rather than a complete ban on their operation, the government should embrace regulation. Motorbikes are easier to track when they have an identity and are regulated. Just as a dispatch rider with a trackable identity is less likely to abscond with a delivery, a monitored motorcyclist is less likely to use it for a crime. At least, while in operation before the motorcycle ban in 2020, bike-hailing companies like Max, Gokada and Opay didn’t record any incidence of being used to perpetrate crime. These companies also have a history of being safe to use. Since its establishment in 2015, Max.ng, for instance, has completed more than 2 million trips without any deaths. Similarly, Gokada says the business has a 99.8 per cent incident-free rate.

Motorcycles are both a fast means of transportation and a job creation tool. These can not be jettisoned. Therefore, rather than complete eradication, regulation should be put in place while working on more sustainable alternatives. It presents a win-win situation for the government and the state.