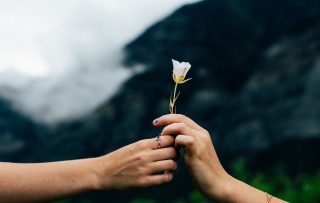 Highlights from the 5th African Philanthropy Forum in South Africa

APF has hosted regional meetings and annual conferences in nine African countries since 2014.  The forum provides a platform for HNIs, Influencers, Socio-economic development experts, established and emerging philanthropists to network, collaborate and learn best philanthropic practices for sustainable and inclusive development on the continent.

The theme for this year’s conference was “Potential and Reality: Bridging the Gap”; it highlighted the role of Africa’s next generation in developing the continent. Africa is the youngest continent in the world, with more than 60 percent of its population under 25 years. Issues that affect development in Africa like population explosion, poverty, healthcare, gender equality, climate change, education, and leadership were discussed at length in various panel discussions and workshops.

Over 200 people from 22 countries around the world were present at the conference. Participants at the conference were welcomed on the 31st of July, to a pre-conference reception where they were given a tour of the Nelson Mandela House, Hector Pieterson Museum, and the Apartheid Museum for a lesson in South Africa’s history. The next two days were a whirl of plenaries, fireside chats, ‘Nuts and Bolts’ sessions where discussions revolved around the importance of pan-Africanism, and the role philanthropists have to facilitate the sort of trust and long-lasting relationships between countries on the continent that would lead to sustainable change for future generations.

The APF also provided opportunities for delegates to meet one another to connect, network and share philanthropic experiences from around the world. The conference concluded with a visit to project sites on August 3 to initiatives supported by philanthropists in South Africa. The SPARK School and the Nelson Mandela Children’s Hospital, in honor of late anti-apartheid revolutionary, political leader, and philanthropist Nelson Mandela. There was also a celebratory basketball game featuring NBA players which was played to raise funds for the Nelson Mandela Foundation.