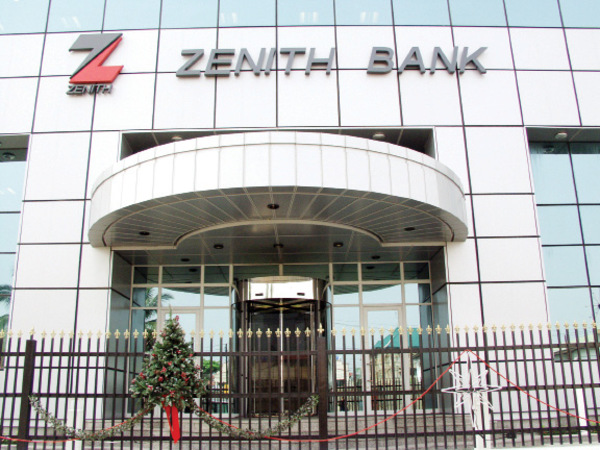 The 5 Biggest Banks In Nigeria

Nigeria’s banking sector is back on the right road after the 2010 meltdown that saw the Nigerian Stock Exchange lose 66 percent of its capital in a bank-led crash. The sector, which had previously issued aggressive denials about the levels of bad debt in the system, now operates under a new regime of transparency thanks to new Central Bank of Nigeria (CBN) rules. Investigations led to criminal charges being levelled against certain banking executives, while international lending, which vanished in the wake of the crash, has now returned.

The five largest banks in Africa’s second-biggest economy dominate the its highly competitive banking industry. In 2011, these top five banks had a combined balance sheet (including contingents) of 12.9 trillion naira ($821 billion), indicating a strong 33 percent growth from the prior year. The growth was largely reflective of bonds received from the Asset Management Company of Nigeria AMCON)  in exchange for non-performing loans. In addition, these five banks account for a sizeable portion of lending activities undertaken by the industry, though growth was modest at 10 percent. Ventures Africa takes a look at the five biggest banks in Nigeria.

Incorporated as Zenith International Bank Limited in May 1990 and headquartered in Lagos, the bank was licensed to carry on the business of banking the next month. The name was changed to Zenith Bank Plc in 2004 to reflect its status as a public limited liability company. The bank’s shares were listed on the Nigerian Stock Exchange (NSE) that year following a highly successful Initial Public Offering (IPO). Nigerian institutions and individuals numbering over a million currently own the shares of the bank. The bank has 330 branches and 125 cash offices in Nigeria. The latest ranking of the Top 1,000 Global Banks by the influential Bankers Magazine placed Zenith as the largest bank in Nigeria and the seventh biggest in Africa. It has $2.398 billion of Tier-one capital.

First Bank traces its ancestry back to the first major financial institution founded in Nigeria, hence its name. The current chairman is Prince Ajibola Afonja. The bank is the largest retail lender in the nation, while most banks gather funds from consumers and loan it out to large corporations and multinationals, First Bank has created a small market for some of its retail clients. At the end of September 2011, the bank had assets totalling approximately $18.6 billion. The bank’s profit after tax for the nine months ending 30 September 2011 was approximately $270.2 million. The bank maintains a subsidiary in the United Kingdom, FBN Bank (UK), which has a branch in Paris, and also has representative offices in South Africa and China. It is Nigeria’s second biggest bank with $2.36 billion of Tier-one capital.

Registered in 1990 by Central Bank of Nigeria, GTB Plc was incorporated as a private limited liability company wholly owned by Nigerian individuals and institutions. The approval as a commercial bank followed the same year and operations were started in February 1991. It listed on the NSE in 1996, and became licensed as a universal bank in 2002. In 2007 it became the first sub-Saharan bank and first Nigerian joint stock company, listed on the London Stock Exchange and Deutsche Börse. The IPO raised $750 million. In the same year, they successfully placed Nigeria’s first private Eurobond issue on the international capital markets. GTB Plc is a partner of Morgan Stanley and BNP Paribas and has Tier-one capital of $1.478 billion.

With the purchase of a 75 percent equity stake in Intercontinental Bank Plc,  Access Bank Plc attained the fourth position in the Nigerian banking industry by total assets and contingents, with $1.05 billion of Tier-one capital. It has an asset base in excess of $12.6 billion, as of February 2012. The shareholders’ equity in the bank is valued at approximately $2.33 billion. The purchase of Intercontinental goes alongside an international expansion drive, which has seen the bank gain subsidiaries in Burundi, Côte d’Ivoire, the Democratic Republic of the Congo, Ghana, Rwanda, Sierra Leone, The Gambia, Tanzania, United Kingdom, and Zambia.

UBA is a Nigerian financial services provider with subsidiaries in 20 sub-Saharan countries and representative offices in France, the United Kingdom and the United States. It offers universal banking services to more than 7 million customers across 750 branches. Formed by the merger of the commercially focused UBA and the retail focused Standard Trust Bank in 2005, the Bank purports to have a clear ambition to be the dominant and leading financial services provider in Africa. Listed on the Nigerian Stock Exchange in 1970, UBA claims to be rapidly evolving into a pan-African full service financial institution. The Group adopted the holding company model in July 2011. As of December 2011, the valuation of UBA Group’s total assets was approximately $12.3 billion, with shareholders’ equity of about $1.07 billion. It has $1 billion of Tier-one capital.