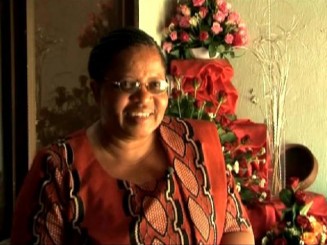 The 20 Most Powerful Women In African Business

“You have to think fast in business. If someone asks – Are you sell

ing your blouse? Sell it!
You can always buy another one. The first day I opened my shop, I only had five bunches of roses.
My first customer didn’t see the flowers I had – all he saw was water. So he asked me: Are you selling water? I told him – Yes! That 20 cents he gave me was my first income. You have to be brave. You have to be aggressive. Don’t be embarrassed.”  – DINAH BINAH, FLORIST, TANZANIA

VENTURES AFRICA – With incredible business savvy, determination and resilience, many African women have succeeded in creating a name for themselves. Whether they achieved by moving up the ranks of the corporate world, through entrepreneurial innovation or fighting for social justice, these 20 Women represent the most powerful of the African business cohort across various industries.

Like Dinah, each woman’s remarkable achievement is the result of a combination of many elements: identifying and maximising opportunities, striving for excellence in everything and a refusal to turn from their vision. Maybe you’re just starting out in your career; perhaps you are 30 years deep, let something from these women drive you to be the absolute best in whatever you do – be it creating floral masterpieces or brokering contracts worth millions.

As the Chief Executive Officer of ArcelorMittal SA, Nonkululeko leads the South African branch of the global steel manufacturer which is the largest producer of steel on the African continent, a position requiring steely determination. Prior to this, she served as the Chief Officer in charge of Mergers and Acquisitions in the Vodacom Company.

Siza Mzimela was appointed in 2010 as the first female Chief Executive Officer of South African Airways. After joining the company in 1996 as a Research Analyst, Siza moved up the ranks to assume her current position while garnering recognition for her work in tourism. She serves on the Oprah Winfrey Leadership Academy board and was a finalist for 2002 Nedbank Businesswoman of the Year award.

First daughter of Jose Eduardo dos Santos, President of Angola, Isabel Dos Santos has made her mark as perhaps the most powerful and richest woman in her country. Deftly using family influence and financial backing by her father, she started her own business. Through strategic investing, she currently has holdings in diamond trading industry, media, retail and energy both in Angola and Portugal.

Former Managing Director of the World Bank group, Mamphele is a renowned academic and businesswoman. She has succeeded in her work as a medical doctor and anti-apartheid activist and she now sits on the board for the Rockefeller Foundation in New York, Mo Ibrahim Foundation, rewarding good governance in Africa and leads Circle Capital Ventures, a Black Economic Empowerment Private Equity firm.

Bridgette Radebe, elder sister of South African Billionaire Patrice Motsepe, wields great power in the mining industry. She founded and runs Mmakau Mining with investments in platinum, gold, coal and chrome. She is the nation’s first black female mining entrepreneur and serves as the President of the South African Mining Development Association and was awarded the International Business Person of the Year Award in 2008 from Global Foundation for Democracy.

Well-known for her role as the Managing Director, World Bank and her part in shaking up Nigeria’s finances, Dr Ngozi has returned to her country as the current Minister of Finance and leader of President Jonathan’s economic team. She continues to work towards economic reform and investing in capital projects with the aim of reducing Nigeria’s high unemployment rates. She founded the Makeda Fund, investing in helping African women entrepreneurs.

Responsible for revolutionising the Nigerian fashion industry in 1998, Folake started the Tiffany Amber brand. Every collection created pays respect to her African heritage blended with the influence of her childhood spent in Europe. The Tiffany Amber collections have received wide acclaim in the global fashion industry, showing in fashion weeks in Lagos, London, Paris and South Africa. She is the first African designer to have shown at New York fashion week twice.

Dolly and Thandi co-founded Peotona Capital, an innovative women’s investment company with stakes in De Beers, South Africa, the world’s top diamond miner as well as holdings in Lafarge, one of South Africa’s cement makers. Prior to this Dolly served as the CEO of Spoornet, a heave freight rail company and has set up and continues to support numerous women’s initiatives. Thandi is a highly qualified lawyer and expert on labour and employment matters.

Somali-born former supermodel Iman is best known for her high-profile modelling career and beautiful cosmetics created for women of colour. During her 14 years of modelling and TV appearances, Iman mixed her own products to match her skin tone and after retiring she started the self-named cosmetics brand to fill that gap. As of 2010, Iman Cosmetics is a $25 million a year business.

Joyce Banda has had a long and successful business and political career. Prior to her role as the current vice-president of Malawi, she was the founder and CEO of Joyce Banda Foundation, focused on improving educational opportunities to children and orphans and micro-credit to poor women. She also founded the National Association of Business Women to empower women economically. She received the United Nations Population Fund International Award for the Health and Dignity of Women in 2006 and the African Woman Development Fund Woman of Substance award in 2010.

After dropping out of undergraduate Law program at the Ahmadu Bello University, Zaria in Nigeria, Adenike joined a tiny tailoring shop as the second member of staff, after her mother. In this shop, she found her calling and in 1996, her entrepreneurial spirit. She began selling the clothes she made from a suitcase and eventually turned Ruff N’ Tumble into a widely recognisable children’s brand across West Africa. She was featured in the documentary, Africa Open for Business and named the 2005 FATE Foundation Model Entrepreneur.

From her former role as Director General of South Africa’s National Treasury, Maria later became the CEO of the Barclays Bank subsidiary, Absa, a role in which she has excelled till date, raising the group profits significantly even through trying financial times.

Linah Mohohlo has served as the Governor of the Bank of Botswana since 1999, following 23 years in other areas within the bank. She has also worked as International Monetary Fund Special Appontee and been a member of the International Monetary and Financial Committee. An eminent academic, she has published several papers, books and chapters in the field of economics, reserves management and governance. She is the recipient of Botswana’s highest public service award, Presidential Order of Honour.

At 29, Susan Mashibe returned to her home of Tanzania to start up TanJet in 2002, a company offering logistical support for company, diplomatic and private jets. Her clients include Heads of State, monarchs, celebrities and corporate gurus. She has received numerous awards and was honoured as 2011 Young Global Leader by World Economic Forum.

Bethlehem brought the soleRebels brand to life in 2004 in an attempt to create jobs in her community in Ethiopia. By innovatively fusing artisan skills and entrepreneurial wisdom, she has created a globally recognisable brand that produces excellent fair trade shoes sold and distributed in more than 30 countries around the world.

According to her, Chimamanda began writing as soon as she could spell. She published her first book of poetry in 1997 and released her first novel, Purple Hibiscus, in 2003 to wide critical acclaim. She is the recipient of many awards including the Commonwealth Writer’s Prize for Best first book (2005). She is working to pass on her expertise and vision by teaching writing workshops in Nigeria.

Through a combination of wit, passion for media and good luck, Khanyi Dhlomo has positioned herself as a leader in the South African media industry. At 22 she was appointed Editor of True Love magazine and succeeded in doubling circulation within her first year. She acquired an MBA from Harvard University and set up her own company, Ndalo Media, a joint venture with the publishing arm of South Africa’s largest media company. Destiny Magazine, Destiny Man and DestinyConnect.com are the successful products of Ndalo.

Isis was appointed Vice President and Managing Director of InMobi, the world’s largest independent mobile advertising network in 2011. She is well-suited to the task of driving the company’s business strategy for Africa having previously led the African business development initiatives for Google. A graduate of Stanford University and Harvard Business School, Isis has been instrumental in driving the launch of MTV networks and setting up Kenya’s first online recruitment service, MyJobsEye.

Who knew a business could be based on the Hibiscus flower? Magatte Wade co-founded Adina World Beat Beverages in 2004, a manufacturing company based on a simple, sustainable, fair-trade model relying on manufacturing and products from Africa. Their beverages include herbal drinks, organic coffees and teas sold across the US. Her company supports the Quality Biological Agriculture Cooperative (QABCOO), a group of Senegalese women earn a living producing the traditional hibiscus drink. Adina’s annual revenues are reported to be over $3million by UNDP.