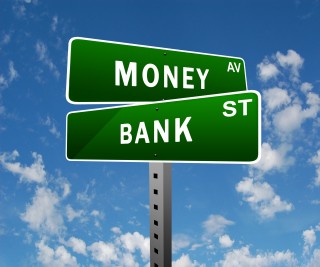 Africa is its own paradox. It is rich in resources but poor in wealth. Are African countries employing progressive or regressive tax systems? Are they raising enough money to fund state services? What does this mean for long-term growth for African economies?

The unequal economics of countries and resources

Economic growth has slowed to a modest 3.3 percent year-on-year for Africa, compared to 4.1 percent in 2014 and the 4.5 percent projected early in 2015. This increases to 5.3 percent for 2015 if you eliminate Angola, Egypt, Nigeria and South Africa – countries agonizing more than their peers over mining strikes, unsettled local (and regional) conflict, as well as significantly lower oil prices in the last six months. That 5.3 percent growth number compares impressively to the projected 3.5 percent in 2015 for the global economy.

Yet millions across Africa are still struggling. Economic inequality has either stagnated or risen in most countries, and government coffers are insufficient to cover the growing demand for public services, especially education, housing and healthcare. For African leaders, balancing economic growth and public spending is a growing conundrum between opening the economy to new international companies and supporting local populations and systems in the adaptation process.

With rising commodity prices before late 2014 and new discoveries, the substitution was digestible for African leaders. But, with lower oil prices (i.e., low $50 oil in 2015 versus $100-plus oil in mid-2014), the negative traps of such policies are exacerbated. Countries, like Angola and Nigeria, cut infrastructure budgets and strategically eliminate public expenditures (or more so, subsidies) if government officials believe it can be reasonably done without objection.

The amalgamation of revenue collection under a single agency – generally the Ministry of Finance – in many African countries makes for an efficient system. These ministries have established specific groups to address the issues of large taxpayers, accordingly better apportioning (and utilizing) limited skills and expertise to meet the needs of specific taxpayers. Questions on fairness and equal treatment are generally minor concerns, despite the periodic uproars over government relations with oil companies.

These highly centralized (and formalized) systems produce impressive results in formalized economies, but can fall very short of successful in informal economies. These single agency systems are generally not structured, nor interested, in engaging the vast majority of the untapped taxpayer population – those involved in the informal activity of African economies, e.g. street vendors and subsistent farmers.

Tax authorities have made various efforts to tap into this section of the economy – with methodologies split by colonial histories. Anglophone Africa has generally levied taxes on the presumed incomes of individuals and small enterprises. Some countries have even employed strategies that assume a specific level of growth on income and then implement a presumed tax on that potential income – this is not the most accurate strategy (as it can overtax companies not growing) but one of the few available options for some leaders. Francophone Africa has generally levied a tax through the fees required for business licenses. Lusophone Africa tends to have a mixture of both methods with (expectedly) the same results.

Some development advocates question taxing the informal economy. Although the idea of taxing this group (and consequentially the poor within it) bewilders western tax experts, there is a growing consensus that African economies need to bring more taxpayers into the fold. As the Economist reported, very poor countries, on average, collect a mere 13 percent of GDP in tax compared to 34 percent in the rich world. Raising the percentage of tax participants could boost revenue and allow for the greater spending endeavors in education, health and infrastructure which, in turn, further creates more growth and more revenue.

Single agency systems have been effective at establishing clear rules. Transparency and governance advocates cite the reduction in face-to-face interaction between taxpayers and tax collectors as the primary factor contributing to lower corruption. Those same advocates argue that standardizing and digitizing cross border movement would decrease corruption and actually boost overall revenue.

This is not a strike against multinational companies entering the African continent. It is rather a call to better incorporate African governments into the international tax landscape. Money escapes every country globally but where the Swiss and the Americans have treaties on taxation to alleviate their internal challenges, many African countries are left holding the empty bag after the transaction has come to pass. Negotiated contracts with oil & gas companies fall in the same bag – the idea is not wrong to have an agreement between a large multinational company and a government but the outcome (or resulting contract) could be better negotiated or finalized.

Single agency systems, like the U.S. Department of Treasury, do operate within a system that empowers local governments (i.e., states and cities) with the right to tax and enforce taxes. In Africa, local governments could play a similar role.

Very few African governments can employ centralized models of taxation where the national authorities effectively implement taxation and delivery of services at a national level without local participation. Rwanda – often being the best example of the exception – taxes most things with low levels of corruption. Citizens pay with established confidence, according to surveys, because they believe that they are paying for the public betterment – the delivery of good public services and the presence of clean streets and other tangible benefits justifies their thinking.

For the governments unable to mimic Rwanda, local leadership will be essential to maturation of local systems and institutions in delivering highly satisfactory services and tangible goods. The attention required at the local level is also different from the national level. Engaging longstanding local (and informal) traditions requires officials who are familiar with local life.

The idea is not a passé one of engaging tribal cultures (or ‘non-modernized cultures’) but rather is more similar to President Obama’s administration engaging the local state authorities in Texas (or more close to home, Frelimo’s national leadership in Mozambique engaging the leadership of the Mozambique Democratic Movement (MDM) in Nampula or Beira.  Corruption is a concern. But that can only be mollified by building the network and exchange between local and national authorities while still maintaining the national power in final decisions.

It’s the people, not the system

The best-designed tax system is, at the end of the day, only as effective as the administration in place to implement it. Tax administration in some African countries requires greater training and higher pay. National authorities could better implement oversight on themselves to reduce preferential treatment to specific taxpayers (e.g. in specific sectors or in specific brackets) through deductions, credits and/or exemptions.

It is essential that tax reforms are viewed as egalitarian, socially just and fair in distributing the burden and benefits within a tax system. In resource-rich countries, this requires better defining the rules on a broad basis for new foreign players and protecting civil society players. As one oil and gas player put it, often you can quiet most activists with the facts and numbers. Bringing in the informal economy taxpayers and dealing with issues of revenue distribution in the form of services (balanced against localized (and specific) development needs) will not be easy. But populations hire their leaders to conquer big challenges.