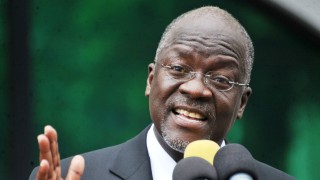 Tanzania has moved to block the right of individuals and NGOs to directly file cases against the government at the regional rights court, sparking fears of increased repression in the eastern African nation.

Last month, the government said it was withdrawing from a protocol that allows cases to be filed against it at the African Court on Human and People’s Rights (AfCHPR) for which a notification was sent to the African Union (AU). It explained that the provisions had been implemented “contrary to the reservations” submitted by Tanzania.

Speaking with The Citizen, Minister for Justice and Constitutional Affairs Dr Augustine Mahiga confirmed that the government had taken action on the decision to withdraw but Tanzania was only asking for a review of a protocol it had deemed “contentious.”

The move has attracted local and international concern with activists raising alarm considering the already poor human rights situation in Tanzania since President John Magufuli came into power in 2015.

According to international human rights group, Amnesty International, the withdrawal of such rights will rob people and organizations in Tanzania a vital avenue to justice, in a country whose justice system is deeply flawed.

“This move effectively blocks individuals and NGOs in the country from directly going to the court to seek redress for human rights violations in what is clearly a cynical attempt to evade accountability,” said Japhet Biegon, the watchdog’s Africa Advocacy Coordinator.

Under President Magufuli, there have been several negative reports about Tanzania’s human rights status such as cases of infringement on freedoms and crackdown on rights defenders, the press and opposition.

Reports show that Tanzania has the highest number of cases filed by individuals and NGOs as well as judgments issued against it by the African Court. Of the 70 decisions issued by the Arusha-based AfCHPR as of September 2019, 28 decisions or 40 percent, were on Dodoma.

With the withdrawal, there are fears repression would deepen. “This is yet more evidence of the government of Tanzania’s growing hostility towards human rights and human rights defenders,” Biegon said.

In addition to the impact on the rights situation and justice system in the country, the move by Tanzania has widespread implications on the authority and legitimacy of the African rights court. In Biegon’s words, it is an “outright betrayal” of efforts in Africa to establish regional human rights bodies that can deliver justice and accountability.

The AfCHPR plays an important role in the continent’s judicial system, with judges from across the AU working on rights cases. As of January, only nine countries of the 30 that had ratified the protocol had made declarations allowing NGOs and individuals to file suits against governments at the court, which became fully operational in 2010.

Tanzania now becomes the second country to withdraw the right of individuals and NGOs to directly access the court after Rwanda, which pulled out in 2016. The implication of this is that it sets a path for other repressive states to follow, encouraging repression and human rights violations in the region.

Meanwhile, the international community has called for reconsideration by the East African country. “As the host of the African Court, Tanzania should lead by example and reconsider the decision to withdraw its declaration, demonstrating its support and commitment to the success of the court,” Biegon said.

“We regret the decision by Tanzania Govt [government] to block individuals and NGOs from taking cases to African Court on Human & Peoples’ Rights,” the United Nations human rights office said in a tweet this week. “We urge Govt to reconsider. The Court is crucial for justice & accountability in Tanzania.”