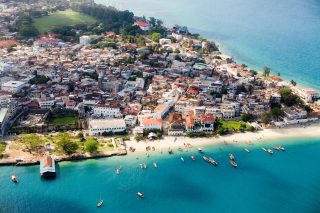 Tanzania’s government announced last year that it would need at least $46.2 billion in investments in the next 20 years for it to meet the country’s ever-growing need for electricity, and to effectively industrialize. After the country managed to secure funding to build a new hydroelectric power plant from the African Development Bank (AfDB) in April, the World Bank yesterday promised the country a $455 million credit to build a power plant.

In a statement released by the World Bank yesterday, the bank plans to assist Tanzania in electrifying its southern and northern regions through the project.

“The $455 million credit will finance construction of critical high voltage transmission infrastructure that will support the electrification of the southern and northwestern regions of Tanzania,” the World Bank said.

In April, the African Development Bank president, Akinwunmi Adesina, after a meeting with Tanzania’s president John Magufuli, said the latter had made a financing request from the AfDB for the construction of a 2,100 megawatts hydroelectric plant at the Selous Game Reserve. The announcement generated controversy since the game reserve is listed as one of the world’s heritage sites in danger, according to The United Nations Educational, Scientific and Cultural Organisation (UNESCO).

While the AfDB funding may have created controversy, the World Bank’s funding may not. The loan of $455 million to Tanzania is part of the financial body’s International Development Assistance: a program that gives low-interest loans to the poorest countries in the world for the purpose of building infrastructures.

This loan would be used to build power plants in the country, as part of its plans to industrialize. It is also hoped that building the infrastructures would connect the country to economic hubs in East and Southern Africa. The country needs around 1,500 megawatts and 5,000 megawatts in the next three years to begin the first phase of its ambitious project.

Economic analysts have said that for any country to effectively industrialize, it must be producing at least 300 kWh of electricity per capita. Achieving this goal in the next few years is critical for Tanzania, or it would be left behind in the technological disruption happening across Africa.