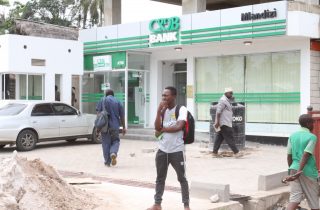 CRDB Bank Plc plans to enter seven new countries in East and Central Africa as part of an expansion plan that began in 2012 but was put on hold four years later over financial constraints.

With improved cash flows and close to $3 billion worth of assets, the Tanzania lender, largest by assets and market share, has reignited its ambitious plan with hopes to join regional banking giants – Equity and Kenya Commercial Bank – in the race towards attaining pan-African status.

Dar-listed CRDB has identified the Democratic Republic of Congo as the first point of entry through Greenfield Investments. A number of top East African banks have set sights on Kinshasa, which has attracted the likes of Kenya’s Equity Group and KCB.

The country is expected to become one of the richest economies on the continent but is still suffering from years of political instability. It is also one of the most under-banked nations in the world, with banking penetration at around 6 percent in a population of about 85 million people.

“Initially the bank had plans to go to DRC, but it ended up going to Burundi in 2012, and in 2016 the bank never performed well so they decided to stop the expansion to make sure that they cleaned the house first,” said Chief Executive Abdulmajid Nsekela, who joined the bank in 2018.

For over two years, the bank worked to create “the right foundation and put all the fundamentals in the right direction” and towards the end of last year opted to expand into Congo, Nsekela told The EastAfrican.

Progress towards entering DRC through Greenfield was already at an advanced stage before the Covid-19 pandemic began, temporarily slowing the process, according to Nsekela. The transaction is now expected to be completed in the next 12 months, though the bank is still exploring other modes of entry and is yet to make a final decision.

Along with the DRC, which accounts for 6 percent of total exports from the East African Community countries, the lender is targeting countries that carry out a huge volume of trade with Tanzania. “Uganda, Rwanda, Zambia, Kenya, Malawi, and Comoros are our neighbors with so much trade with Tanzania. CRDB is well-positioned to serve those customers, but is still dependent on our mode of entry,” said Nsekela.