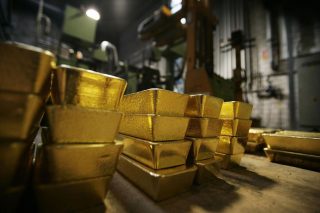 Following fresh concerns over activities at its contested North Mara gold mine in Tanzania, Acacia Mining is faced with pressure to resolve alleged human rights violations at the site. The issue involves the country’s police, who have been providing security at the mine since 2010.

British charity firm RAID wrote to Acacia last week about its use of the Tanzanian police in providing security at the mine. It is alleged that the company uses the police to deal with “intruders” inside the mine’s perimeter and in return for the security services, the firm reportedly provides them with certain benefits.

In a public letter to the Acacia board, RAID’s Executive Director, Anneke van Woudenberg, said the company “appears to have transformed parts of the Tanzanian police into a brutal and unaccountable private security force at its North Mara mine.”

“It has gone beyond the point where alarm bells should be ringing. The deployment of the police to provide on-site security for its gold mining operations raises the risk the company could be seen as complicit in serious crimes,” the executive added.

The situation at the mine has resulted in dozens of deaths, rapes and scores of injuries on or near the site. Between 2014 and 2016, at least 22 people have been killed and 69 injured (many by bullets) at or near the mine, according to RAID and MiningWatch Canada. The East African says that reports of 65 killings and 270 people injured by police and the mine’s security guards were received by a Tanzanian parliamentary inquiry into the abuses in North Mara in 2016.

The latest allegation adds salt to the injury of the embattled Acacia Mining. It has been embroiled in a prolonged controversy with the Tanzanian government over accusations of tax evasion, violation of environmental regulations, money laundering and corruption, amid other infractions. The firm has seen two of its three mines shut down by the government, making North Mara Acacia’s only operating site in the country.

With the relationship between Acacia and the government getting worse, it has been suggested that the firm could be on its way out of Tanzania especially as the firm has been declared “unwanted” in the East African country. the company is said to be operating like a “rogue company that was disdainful of the Tanzanian authorities and the laws of the land.”

“As a new era is downing in the Tanzanian gold mining relations, the Government does not want the presence of Acacia in any form in the country,” the government said in a statement released by its spokesperson, Dr Hassan Abassi.

A forced takeover by Canada’s Barrick Gold Corporation, which owns a 63.9 percent stake in Acacia, was reported last month. The parent company has the intention to buy off the subsidiary through a share swap and has reached an agreement with the relevant authorities, however, it faces stiff resistance from its London based minority shareholder.

More so, Acacia has insisted that its board must approve any agreement reached between the government and Barrick since it was locked out of negotiations. It has opened a trade dispute at the International Court of Arbitration to that effect.

The agreement is meant to end the $190 billion tax dispute between Acacia and Tanzania, allowing the resumption of operations including the exportation of gold concentrate worth millions of dollars that was withheld on order of the government.

But Barrick has to resolve the standoff and push through the cooperation framework agreement by getting approval from Acacia board in order to secure the deal. “The ball is now in Barrick’s court. Solve Acacia or no deal,” the government warned.