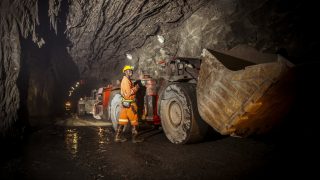 As part of the ongoing mineral sector reforms in Tanzania, the government has modified regulations that require local companies to own a majority stake in foreign organizations.

The 2018 Mining Sector Regulations mandated Tanzanian companies to have at least 51 percent stake in mining firms while multinationals were to partner with their locally owned institutions. Also, regulations and the Mining Act amendments were meant to give the government a bigger portion of the sector and boost the participation of Tanzanian nationals and firms in multinationals’ operations.

However, further amendments have seen ownership restriction for local mining firms reduced. According to the newly amended Mining Regulations 2019, indigenous Tanzanian companies, now have to own a minimum 20 percent equity.

The new regulations, which came into effect last month, also allow for more local commercial banks to participate in mining activities by reducing the stringent requirements. This is largely due to the fact that not many banks operating in Tanzania fall under the definition of “indigenous Tanzanian banks.”

The word ‘indigenous’ was deleted from the regulation, allowing mining companies and all other entities involved in the sector to maintain bank accounts in a Tanzanian bank with not less than 20 percent Tanzanian shareholders.

“For the purpose of this regulation, ‘Tanzanian Bank’ means a bank that has 100 percent Tanzanian or not less than 20 percent of Tanzanian shareholding,” Amendment of regulation 36 (2) states.

The calls for an amendment in the mining laws were partly due to claims that some miners, especially multinationals, were evading tax. Thus, a new structure will help to establish even participation in mining activities by local entities including contractors, subcontractors, insurance companies and financial institutions.

Economists believe it is a good move since the new regulations will allow more local banks which are not wholly Tanzanian-owned to provide services to the sector.

Local miners, most of whom cannot afford things such as machinery, have welcomed the amendment, saying it will make the mining industry vibrant. “Many local companies, be they contractors, subcontractors, licensees, do not have the capital and capacity needed to bring about development in the mining activities,” one of the miners in Tanzania, Mbwaike Mahyenga said.