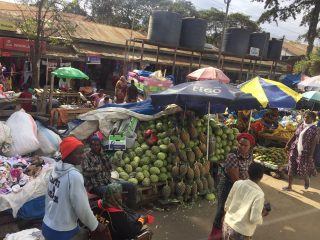 East African country, Tanzania has dropped its economic growth to 4 percent, from an initial projection of 6.9 percent for 2020. This has been attributed to the negative impact of the coronavirus pandemic on different economic sectors. This will be Tanzania’s lowest economic growth in 3 years, following an economic expansion between 6-7 percent between 2017-2019.

The announcement was made by the Tanzania finance minister, Philip Mpango while addressing the country’s parliament last Friday on the new economic forecast.

Tanzania’s economy is largely driven by tourism, which accounted for 17.5 percent of the country’s s GDP in 2016 and employed 11.0 percent of the country’s labor force (1,189,300 jobs) in 2013.” However, the sector is experiencing a downturn in revenue due to global health measures (travel restrictions, closed border, and isolation) to contain COVID-19 pandemic.

Other notable economic sectors (mining, services, construction, agriculture, and manufacturing)  fostering the GDP of the country through exportation are also largely stalled due to low operations within the global market. Thus, all of these economic obstacles bring its new 4 percent growth prediction to a logical and feasible resolution.

Additionally, the developing country might still have to service an external debt of $22386.70 million as of March 2020, during this global recession. A recent statement by President John Magufuli indicates that the country spends about Sh200 billion and Sh330 billion on servicing loans to the World Bank.

It will be recalled that last month, Magufuli appealed to the World Bank and other financial institutions for debt relief to enable the country to rationalize resources on COVID-19. He also emphasized on consideration of loans that come with favorable interest rates for vulnerable countries.

So far the country has recorded about 544 coronavirus infections and 21 related deaths.