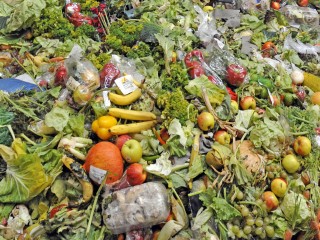 Tag SDGs: Why Africa needs to deal with food waste

The 12th Sustainable Development Goal ( SDG 12) calls for the world to cut food waste in half by 2030. The United Nation hopes that if this goal is met, the standard of living will improve, there will be less hungry people on the planet and most importantly, the environment will be rid of poisonous gas emissions. However, meeting this ambitious goal will require a smart strategy considering 1.3 trillion kilograms of food is wasted  around the world every year.

In Africa, almost 50 percent of the food produced is wasted. According to the Food and Agricultural Organization of the United Nations (FAO), the amount of food wasted on the continent is enough to feed 300 million people. The statistics of food production compared t;o hunger suggests that Africa actually produces more than enough to feed itself.

It is no longer a question of more food production, rather, the continent needs to figure out how to maximally utilize what they have. Due to a number of factors, food is usually discarded, uneaten or lost at the stages of production, processing, retailing and consumption globally. However, in Africa, the bulk of wasted food is from post-harvest loss and consumer preferences. Mamadou Biteye, the Managing Director of the Rockefeller Foundation Africa, noted that in sub-Saharan Africa, 50 percent of the post-harvest waste comprises of fruits and vegetables; 40 percent of roots and tubers and 20 percent of cereals and grains.

The ever growing middle class in Africa has also caused a problem. Changing consumer habits, alongside the perception of the ‘ideal food’, a huge amount of food gets wasted. Biteye called this the “consumer-driven food waste,” which is usually driven by “perception and misleading information. 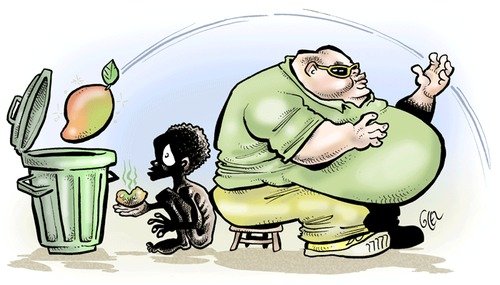 How does Africa intend to find a solution to food waste?

It is of utmost importance that the problem of food wastage in Africa is addressed. Stakeholders from both private and public sectors are earnestly seeking a solution. Experts have advised that if Africa takes the following steps, there will be a significant reduction in food surplus:

The first step to take as a continent is re-orientation. Food does not have to be picture perfect, it is meant to be eaten. The push for consumer acceptability is fast gaining momentum in Africa, and all that is encouraging more waste. Therefore, the realization that there is no ‘ugly’ or beautiful food will go a long way in waste reduction.

African governments can outlaw waste in their respective countries. In France, destroying or disposing unspoiled food is a national offence. Unwanted food should be donated to charities and food banks. Africa can cut food waste by passing a similar law. Furthermore, food banks should be created where the undernourished, poor and starving can access food at no cost at all.

For small holder farmers who lose most of their products during harvest, technology can be useful. They should be provided with requisite technology and training to prevent post-harvest loss and help with food processing and distribution. Technology can also help to harness waste by converting it to clean energy.

To prevent rot, fruits, vegetables and grains can be re-processed in order to extend its shelf life.

If leading up to 2030, Africa diligently pursues a solution to the problem of food waste, it would have made a considerable amount of progress.