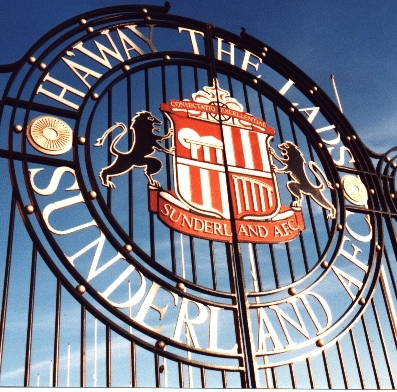 English Premier League Sunderland will have a new shirt sponsor in the next two years after they reached an agreement with Invest in Africa – a non-profit group.

The new deal will see Sunderland wear the name of the organisation on their shirts for the next two years.

Invest in Africa is a partnership of companies which aims to promote business opportunities. It was launched by Tullow Oil, a company which discovered several oilfields in the continent.

At a press conference to announce the deal, Sunderland chairman Ellis Short expressed delight in continuing his club’s partnership in Africa.

“We are very proud to have augumented our relationship with Invest in Africa through this wonderful agreement.”

“It truly gives something back to both our own region and to a continent which has become a firm part of our club’s success story over recent seasons.” Sunderland chief executive Margaret Byrne also added: “Africa has a wonderful passion for the game, something which is mirrored here in our own North East region.”

“Both places are renowned for examples of how football can engage people and organisations to the extent where it changes lives.”

Sunderland’s existing African ties includes a partnership with Ghanian club Asante Kotoko signed last year which sees them offer advice and practical support to the club. Also, a number of African players (Ghana’s Asamoah Gyan, John Mensah and Sulley Muntari; and Egypt’s Ahmed Elmohamady) have been in their ranks in recent times.