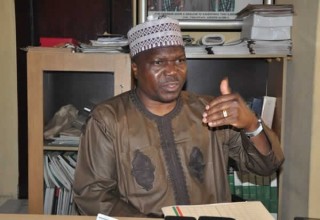 The Trade Union Congress of Nigeria has advised the Federal Government to utilise workers’ pension funds to bridge the housing gaps in the country.
The congress said housing projects would greatly benefit the retirees, in a statement signed by its President, Bobboi Kaigama. It noted that infrastructural development was the responsibility of the government adding that it would attract foreign investment. Kaigama said, “Rather than appropriating the monies saved from workers’ contributions to perform the government’s responsibility to fix roads, electricity and other social infrastructure, we recommend that the funds be utilized for projects that are of direct benefit to the retirees and other workers, such as fixing the chronic housing deficit. And this must be done with rules for proper accountability well in place.” He explained that housing deficit was a major challenge with many workers unable to afford decent homes. The TUC leader said,”While we appreciate the efforts of mortgage institutions and developers, we have also observed that their houses are unduly expensive. There should be rules that allow workers to borrow from their retirement savings at friendly interest rates to build houses, using accumulated savings as collateral.’

Read more at The Punch