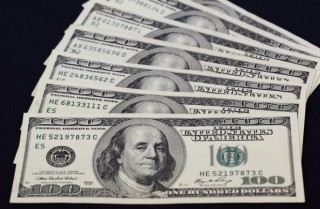 CEO charged with pumping up company in false SEC reports

The Chief Executive Officer of a company headquartered in Jersey City that made and sold products related to the recreational vehicle industry was charged with filing false securities reports and issuing false press releases to boost investment.
Cary Lee Peterson, of Texas and Arizona, was charged with with two counts of false certification and one count of securities fraud, according to U.S. Attorney Paul J. Fishman’s office. FBI agents arrested Peterson Sunday at San Francisco International Airport when he arrived on an international flight. According to court documents, Peterson filed false quarterly and annual reports with the U.S. Securities and Exchange Commission in 2012 and 2013 that said the company, RVPlus, had a green energy contract worth $1.8 billion with a ministry of Katsina state in Nigeria. The company also reported in SEC filings that it had deals with the Liberian and Haitian governments, records show. Records indicated the company had millions of dollars in accounts receivable. RVPlus’ accounting firm in 2012 quit, citing the false reports, the court records show. The SEC suspended trading in RVPlus in 2013. Peterson also created a company called ECCO2 that reported purchasing RVPlus and issued a press release falsely saying it was an “affiliate partner” of the U.N. Climate Convention.