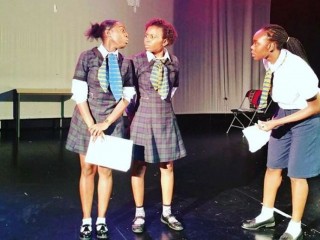 A Play in tribute to the Chibok girls

A Battersea actress, Ese Ighorae came up with a crowd funding initiative to showcase a play written in tribute to the Chibok girls kidnapped two years ago in Nigeria.

Ese Ighorae is hoping to raise £3,000 to cover the cost of a London tour for her play before performing at the Fringe festival. According to the actress, the whole idea of the play is to get as many people as possible talking about the Chibok Girls; her own way of keeping them alive in the thoughts and hearts of as may people she can reach.