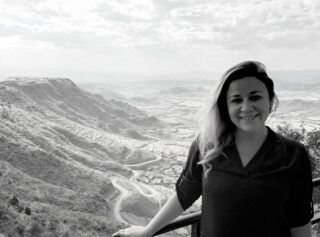 Stax co-founder, Jess Shorland, believes in the power of money to help women

The riveting thing about Jess Shorland is her energy. She has on a smile even when exhausted. Two days before our first virtual meeting, she had just arrived in Nairobi on a work trip where she got swamped with hosting user experience meetings for her fintech app, Stax. It would also be her first physical meeting with her Nairobi-based teammates in two years. The pandemic had made them operate remotely. But even as a fluctuating network connection interfered with our meeting, Jess was excited to tell me about her trip to Nairobi. “It has been such a wonderful trip,” she says. “I have spent so much time with my teammates but not physically. So it is exciting to finally see the people I have been through the trenches with,” she adds.

Jess Shorland is the co-founder of Hover developer services, a software kit that helps developers automate USSD sessions in the background of Android applications. In 2018, she co-founded Stax, a product of Hover that helps Africans transact offline. Stax lets users conduct transactions without a USSD code. Currently, Jess doubles as head of product and co-founder of Stax with Ben Lyon and David Kutalek. But technology was not always her forte.

Born and raised in Virginia, Jess grew up as a farm girl from a lineage of subsistence farmers. Jess and her sister became the first-generation to attend school in her family. In 2007, Jess got into the University of North Carolina, where she majored in peace, war, and defence. “I remember studying game theory and was fascinated by international conflict. I wanted to be a peace negotiator,” she says.

But things changed for Jess when she developed an interest in entrepreneurship. “As I got more exposure and experience, I learned about the power of money. And I saw entrepreneurship as a way to avoid bureaucracy and shift the tables. One of which was getting more women on my table,” she says. While in college, Jess got the opportunity to work in the microfinance industry in East Africa. “That was the era when microfinance institutions were springing up,” she recalls. After graduating from the university in 2010, Jess moved to Nairobi. She still wanted to be part of the financial ecosystem. “But I saw a need beyond microfinance. I was thinking about the next level of finance,” she recalls. So Jess co-founded a boutique debt firm called Pengo. “We were investing $50,000 to $150,000 into female-founded brick and mortar businesses. Which included salons, HR recruiting firms, and garages,” she says. During this time, she had an eye-opening experience with gender bias.

“I was pitching to an angel investor for capital investment. It was to raise money on behalf of the female entrepreneurs we were funding,” she recalls. “It was going pretty well until he said, “Oh yeah, my wife and I are going on vacation next week, and we are struggling to find a babysitter. You have a flexible schedule, right?” Jess was shocked. “I wish I had thought of a great comeback at that moment. I did not. And I still think about it to this day,” says Jess.

Her first experience as an entrepreneur would only last two years. Jess started looking for jobs and got an opportunity to work with One Africa Media as a strategy and product manager. “At the time, they were one of the largest conglomerates that classified ads across the online marketplace on the continent. And I wanted to stay in the East Africa region. It was the community I knew and had become a part of,” she says. The company covered three verticals- cars, jobs, and real estate. “I started working closely with the CEO on the products for cars,” she recalls.

After a few years of working with One Africa media, Jess decided to move on to other ventures. “I worked there for about two years. I moved from a startup which was just my co-founder and I, to an organization that had just raised thirty million dollars from tiger global. It was wild. But it was great. I got to learn about managing products at a much larger level,” she says.

In 2015, Jess decided to move back to the United States after living in Nairobi for five years. Back in the US, she worked for Ushahidi, a Kenyan-born open-source platform for crisis response, data collection, aggregation, and crowdsourcing. She worked there for three years before leaving to prioritise Stax. Stax got over 200,000 all-time downloads across multiple African markets in one year. The app currently supports over a hundred bank and mobile money services. Jess’ project so far has been working on the back-end engine for Stax called Maathi, named after Wangari Maathai, the first African woman to win a Nobel prize.

Jess has become very passionate about female representation at all levels and spheres. “I’m constantly talking about it,” she says. “This is why I do what is necessary to ensure that women do not struggle to raise capital. They will make up the next wave of angel investors, venture capitalists, and entrepreneurs. It just goes back to money being power,” she adds. This is why Jess is keen on having an inclusive team. “We are open to more female engineers at Stax,” she says.