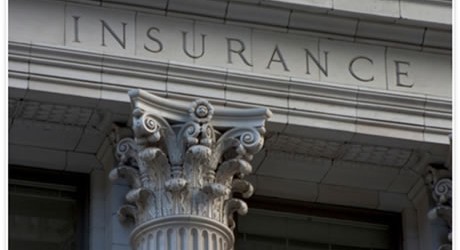 The State Of West And Central Africa’s Insurance Industry

“With drought, we do not eat, we do not have money, and we hope for the best”, Aboubacar’s laments over the insurance industry in Cote d’Ivoire. Aboubacar’s story is a norm in the agriculture sector. Fearful of false claims and poor risk management by insurance buyers; insurance companies have generally closed their doors to business in West and Central Africa.

In Nigeria, leadin opinion polling and research organization, NOI Polls recent survey titled “Poor Enlightenment Hinders Insurance Penetration among the General Public,” reveals that 9 in 10 Nigerians (86 percent) do not have any form of insurance cover while vehicle/car insurance (63 percent) is the most commonly purchased insurance cover compared to a much smaller 20 percent of the population that had life assurance. In all penetration rate is measly, as 86% of the country’s estimated 160 million population remain uninsured. Past defaults and false claims highlight a sector characterized by high distrust between insurers and beneficiaries. Infrastructural inefficiencies and structural bottlenecks simply work to stifle an already dormant industry. The sector is undercapitalized and industry operators generally lack the sophistication to deal with the large but lucrative risks of the oil & gas sector as well as other major economic sectors.

The Nigerian government has sought to combat the sector’s struggles by implementing compulsory insurance. The reasoning is simple. Nigeria is Africa’s most populous country and a major energy exporter. Bringing more individuals and companies into the insurance fold should theoretically capitalize the industry and provide the necessary learning curve for operators. But this compulsory rule is not necessarily a straight fix. The potential revenues are staggering. But the costs of developing brokers and branches is high.

In Ghana, the issues are less about distrust and more about structural capacity. In the Democratic Republic of the Congo (DRC) and Senegal, local miners cannot fathom the concept of local insurance. Minor health insurance would be a start, says Bokar, but that would be asking too much of the sector at this stage. Yet Bokar may be right. Health insurance penetration is approximately one percent in the DRC and Senegal.

Micro-insurance options have come online, particularly in Central Africa. These community-based mitigation efforts speak to a growing recognition of sector related risk amongst rural populations. Still estimates place participation in these micro facilities at less than two percent across the region. Locals in Senegal and Cote d’Ivoire speak to the necessity of paying daily bills versus protecting against risks. Premiums are simply too high for current incomes in these countries and other regional countries.

The potential of overall insurance sector largely derives from the size of the region and the economic growth. The DRC and Nigeria combined account for nearly 250 million persons, which is not far from the amount of persons living in East Africa. GDP growth and rising incomes in the region also speak to the upside. West and Central Africa continue to benefit from an energy and mining boom. Only Nigeria’s oil production has approached the tip of the iceberg as far as potential goes. Nigeria, Ghana and the DRC should surpass 7 percent GDP growth for the next few years.

Yet negative perception of African counties continue to scare off investors, despite the growth figures. Recent political turmoil in Cote d’Ivoire and Mali have dulled the shine of the region. Ongoing fighting in the Central African Republic and the DRC are bound to do the same in the long run.

One does not insure against Boko Haram and M23, says an investor in the banking sector, but rather he just skips town. Even with the fears, regional growth could be as high as 25 percent, largely concentrated in Ghana, Nigeria and Cote d’Ivoire. More than half of the non-life insurance across the region is purchased in capital cities and nearly 90 percent is purchased in urban centers (including capital cities). The trend should continue in the near term, mainly as a result of region’s high rates of urbanization. Initial infrastructure and entry to the sector consequently is low.

Insurance premiums remain relatively low, compared to other developing economies. They will grow exponentially, with some locals speaking of 20 percent bumps already by insurers in Kinshasa and Accra. Such raises in the premium prices will not be sustainable unless other reforms happen. Big companies insure offshore because human capital and expertise is greater and legal systems are more predictable and dependable. Bankruptcy law is non-existent and little reliable information on consumers in the market exist locally. Regional governments still fail to address these regulatory gaps.

The complexity of normalizing rules across a region will become much greater, with some countries, including Cameroon, burdened by the rules of multiple monetary unions as well as national law. And, as the insurance companies become more interlinked with the overall banking sector, these issues will become more imperative to ensure the stability of entire financial systems.

The growing investment in the financial sector in regional countries will benefit the insurance industry in the long run. Human capital and product sophistication is already on the rise in region. Investor confidence has persisted despite the troubles of the Nigerian banking sector between 2004 and 2006. The introduction of more advanced technology and IT solutions to the insurance sector, as seen in the banking sector, should streamline processes and reduce inefficiencies and losses. In the long term, investors also hope that insurance companies can diversify their investments which could broaden their capacity, but it could also limit liquidity if diversification includes private equity funds.

It is easy to speak to the challenges in the regional insurance sector. Yet the challenges are par for the course in a region full of unmeasurable opportunity. Who said investing in insurance did not require taking risk?