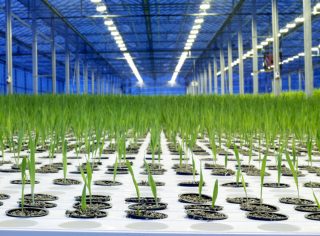 The South African Unit of the Standard Bank Group Limited (SBG) has issued its first-ever green bond. The bond is worth $200 million and is a 10-year facility that is expected to make a significant impact on its economy to the year 2030.  It is also important to note that this is South Africa’s first offshore issuance and Africa’s largest green bond ever issued.

The issuance executed through a private placement with the International Finance Corporation (IFC), a development finance institution of the World Bank Group that focuses on the private sector. This means that SBG sold the entire bond to the IFC, a body that is globally recognised as a top green bond issuer. The bond is set to be listed on the London Stock Exchange.

Commenting on the monumental move, Sim Tshabalala, the Chief Executive Officer of the SBG said that “this bond issue reflects SBG’s strategic focus on sustainable finance in line with” its “Social, Economic and Environmental (“SEE”) value drivers and vision to drive Africa’s growth with minimal adverse impact.”

He added that the bank’s strategy aims to embed social, economic and environmental considerations into its borrowing, lending and business practices in a way that helps it to continue supporting its clients, whilst producing value for society at large.

The Group’s Sustainable Finance Business Unit aims to use the 10-year facility to raise capital for use in on-lending and also achieve a longer tenor financing for South Africa. The funds raised from this bond would be dedicated to financing eligible green assets, a move that would be implementing the SBG’s Sustainable Bond Framework.

One of the eligible assets it would finance in South Africa is renewable energy, which hopes to drastically reduce the greenhouse emissions and combat climate change in the country. The IFC has estimated that the country has a climate-smart investment potential worth $588 billion between 2020 to 2030. The SBG would be tapping into this potential.

Furthermore, funds from the bond could also be used to finance energy efficiency in South Africa. This would be coming after years of economic contractions triggered by the exit of key economic investors (especially in the mining sector) owing to energy inefficiency. In recent years, the country has experienced power cuts due to the failure of its coal power plants. However, the activities of climate activists, who have been clamouring for green energy, have made it difficult for the coal energy sector to rebound.

Geographically, South Africa is a water-scarce country. The proceeds from this bond would be used to address water inefficiency in the country and also invest in green buildings with an objective to create positive climate impacts.

The Standard Bank Group green bond issuance would be among other things create more access to funds for green project restore investor confidence and also emphasise the role of financial institutions in nation-building.

According to Kevin Njiraini, IFC Regional Director for Southern Africa and Nigeria, “the bond showcases the role that capital markets can play in mobilizing climate-smart finance and we hope it will inspire more companies in South Africa to unlock investment for climate-related projects.”