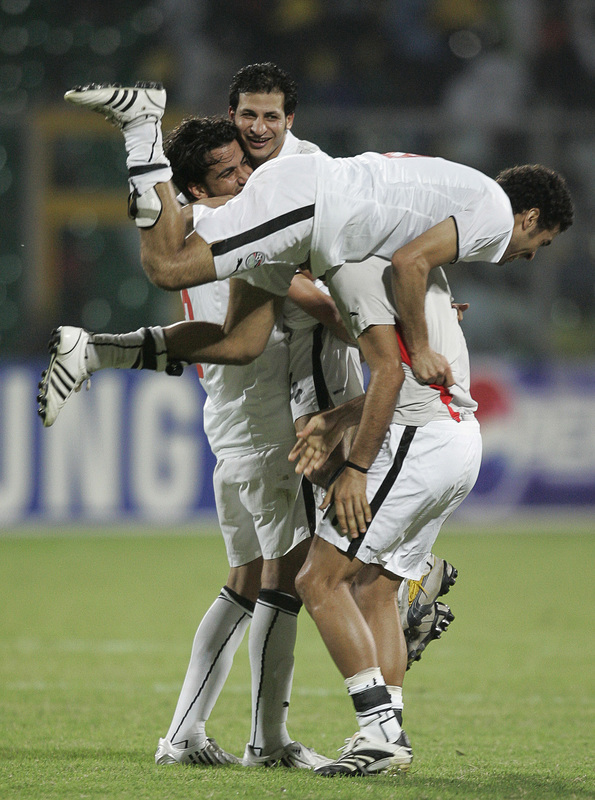 I had my reservations when my editor asked me to do a write up on this topic. My first reaction was, “what for?” It is 2012. It is neither the end of a decade nor is the Confederation of African Football (CAF) celebrating anything unique this year. But on a second thought, I realised that at Ventures Africa, we tend to deviate from the norm. We do things differently. So, even though it isn’t the end of this decade, I’m going to run you through what I consider the best ten African teams in the last ten years. This classification is based on trophies won, significance of achievements, style of play and in some cases, administration or management.

So here we go:
10. SHINNING KNIGHTS

At number 10 for me is the Mediterranean Knights of Libya. An odd choice. But these ones get into my list for their sheer determination. Before the 2012 African Cup of Nations (AFCON), Libya had only played in two of the tournaments- in Egypt 2006 and 1982 when they hosted. The North African country isn’t one of the best African sides and so to brave the odds of the Libyan crisis of last year to seal qualification for the 2012 edition is one big achievement- especially if you consider that football giants like Nigeria, Cameroon and defending champions Egypt couldn’t qualify. Not only did the Mediterranean Knights qualify, they played some good football and caused upsets beating tournament favourites Senegal by 2 : 1 in the process and drew 1 : 1 with eventual champions Zambia. Some magnificent results if you ask me.

The South African side are currently a match away from retaining their ABSA Premiership title (the South African league) with a game to go and leading their closest rivals Moroka Swallows by 2 points. But the Soweto side gets the nod from me for their brilliant outing last season. The Buccaneers won an incredible treble of the league (won on the last day), Nedbank Cup and MTN 8 Cup. They became the first South African team since inception of the league in 1966 to win a treble. Till date, they’ve also won 2 league titles and two MTN 8 cups in the last ten years. Not an easy feat.

Ghana’s 2009 under 20 team makes the list after the Black Satellites stunned the world to win the u-20 World Cup beating Brazil 4:3 on penalties in the final. Just before that feat, they also won the African version: the African Youth Championship. Some of the players from that team like Dominic Adiyiah and Andrew Ayew have gone on to play for the Ghana senior team, the Black Stars.

At the turn of the decade, 2002 to be precise, the Terenga Lions of Senegal was a huge force to reckon with in Africa boasting some of the continent’s finest players like Bouba Diop, El Hadji Diouf, Salif Diao  to mention a few. The team narrowly lost to Cameroon on penalties in the AFCON finals but it was on the world stage that they announced themselves. They beat defending champions France by a single goal in the opening match of the 2002 World Cup in South Korea and Japan causing one of the greatest upsets in the tournament. They also made history by becoming the second team (after Cameroon in 1990) to reach the quarterfinals of the World Cup where they narrowly lost to Turkey.

Some twelve years ago, this Nigerian football club was not even amongst the top clubs in the country. But the emergence of Abia State Governor, Orji Uzo Kalu, somewhat changed their fortunes. A new stadium was built, players bought and in a country where football clubs are seen as political tools for state governors, Enyimba over the years has proved an exception to the rule. With chairman, Felix Anyansi Agwu, in the helm of affairs, the club has become the number one team in Nigeria with 5 league wins since 2002 as well as 2 FA Cups. However Enyimba’s crowning glory remains winning back to back CAF Champions League trophies in 2003 and 2004 as well as 2 CAF Super Cups. Those wins put the Aba Elephants into reckoning as one of the best teams in the continent.

Following the footsteps of their feeder team that conquered the world a year earlier, Ghana’s Black Stars were the toast of the world in the 2010 World Cup. With the tournament hosted here on the continent, the other five African representatives failed to perform. Not so for Ghana. The team equalled Cameroon and Senegal’s record of reaching the last 8 of the tournament. In fact, they were a minute away from reaching the semi finals until striker Asamoah Gyan missed “that” penalty in the last minute of extra time against Uruguay. The team also finished as runners up to Egypt in the 2010 AFCON and semi finalists this year.

DR Congo side Mazembe makes the list for some wonderful football in the last couple of years. Not satisfied with dominating the country’s league scene by winning 4 titles in the last decade, Mazembe also ruled the continent winning the CAF Champions League back to back in 2009 and 2010. This equalled a record they had earlier set by winning in 1967 and 1968. But Mazembe went a step further by becoming the first African team to reach the final of the World Club Cup beating Brazilian giants Internacional 2 : 0 in the semi finals. Despite loosing the finals to Inter Milan, Mazembe already won the hearts of many proving that indeed, African football has come of age.

Nobody gave them a chance. Not even one pundit said they were going to be champions. They had no star player, but Zambia’s Chipolopolo believed in themselves. Together, they pulled off an incredible feat at the 2012 AFCON winning the tournament in a country where nineteen years earlier, a generation of their country’s footballers had perished in a plane crash. That I have goose bumps while typing this just tells you how magical their journey have been. A love story that may never again be repeated.

It is not an easy feat being voted best African club of the last century. It means you’re in a class of your own. That is the story of this well organised Egyptian side who’ve continued their winning streak the last decade. 7 Egyptian league titles and 3 FA Cups is just a part of the story. They’ve also dominated the continent with 3 CAF Champions League crowns in 2005, 2006 and 2008 and 4 CAF Super Cups and are the team with the most appearances in the FIFA World Club Cup playing in 3 out of the 6 editions. I guess one word best describes Al Ahly: LEGENDS.

And finally my best team of the last decade. Well it is still from Egypt. The country’s national team, the Pharaohs, are the record winners of the AFCON winning it 7 times. But winning the competition three times in a row between 2006 and 2010 is one fantastic achievement especially considering that in an era where African teams tend to hire foreign coaches, the Pharaohs were led on this victory lane by one of their own, Hassan Shehata. The Pharaohs also hold the longest unbeaten streak in the tournament going 19 games without losing. Best of all is the fact that their 2010 triumph came on the back of a 9 match winning run.  That is just incredible!

So there you have it. Do you agree with my list? Do you think there’s a team I omitted? Well you can have your say in the comments section. Or better still tell me what you think via my Twitter handle @foskolo. I’d be glad to hear your opinion! Until then, keep the African winning spirit alive!