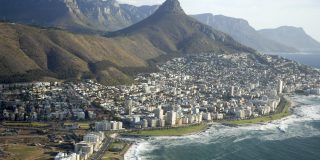 Over the weekend, a South African delegation to China was able to secure the commitment of 9 Chinese companies to invest more than $10 billion into one its strategic special economic zone that targets its petrochemical, steel and agro-processing sector.

The agency charged with the development of the Musina-Makhado Special Economic Zone (SEZ), Limpopo Economic Development Agency (LEDA), signed Memorandums of Understanding (MOUs) and a Memorandum of Agreement (MOAs) with nine Chinese companies who committed to invest more than US$10 billion in the Musina-Makhado Special Economic Zone (SEZ). The signing ceremonies of eight of the MOUs and MOAs took place in Beijing, China on Friday and Saturday.

The Musina-Makhado SEZ comprises two locations that target major industrial clusters. The site in Musina addresses the light industrial and agro-processing clusters, while the Makhado site is a metallurgical/mineral beneficiation complex. A third site has been identified to address the petrochemical industries.

“The signing will be followed by due diligence as technical representatives of the companies visit the SEZ to do various assessments on the ground before implementing their plans. As we speak, there is a Chinese company that is conducting a feasibility study. We are looking forward to seeing the SEZ getting off the ground and beginning to change the economic landscape of Musina and Makhado by creating business and employment opportunities for the people of the Vhembe District,” said Group Chief Executive Officer (CEO) of LEDA, Mr Ben Mphahlele.

The development of the SEZ, which has been described as a game changer by Mphalele, has the ability to positively impact other African countries such as Zimbabwe and Mozambique.

The SEZ is strategically located very close to the border between South Africa and Zimbabwe. It forms part of the Trans-Limpopo Spatial Development Initiative (SDI) and has been developed as part of greater regional plans to unlock investment and economic growth and address the development of skills and employment in that area.

Mr Solly Kgopong, the Head of Department at the Department of Economic Development, Environment and Tourism in Limpopo, who was also part of the roadshow team in China to attract investors, described the signing of the agreements as a major milestone in the development of the Musina-Makhado SEZ.

“We are happy that we will be returning home with concrete commitments in the form of MOUs but one of the reasons for coming here was to confirm the readiness of the Chinese companies to invest in the project. We have been impressed by what we saw and heard during our interaction with the companies. They are ready and eager to come to South Africa and start working. The entire province, including the communities and businesses, are behind this project,” said Kgopong.

Special Economic Zones are often specifically delineated duty-free enclave for the purposes of trade operations. In order words, SEZ is a geographical region that has economic laws different from a country’s typical economic laws. Usually, the goal is to increase foreign investments and boost the country’s domestic production.

One of the revealed secrets of China’s phenomenal economic transformation in the past three decades has been the establishment of Special Economic Zones (SEZs). But the Chinese economic zones were like cities on their own that supported private investments, distinct from the state ownership practised outside of those zones. Many African governments have sent delegations to China trying to learn their approach and replicate the success in Africa. Several African countries including Zambia, Mauritius, Ethiopia, Nigeria, Egypt and Algeria, and more have set up SEZs. But the jury is still out: performance has been mixed so far. In South Africa alone, another 6 SEZs were approved in the 2018 budget.

Major barriers to success identified in South Africa have been legislation, consistency and alignment with other policy decisions and state incentives.

The South African delegation that were involved in the China roadshow included the Group Chief Executive Officer (CEO) of LEDA, Mr Ben Mphahlele, the Deputy Director-General of the Special Economic Zones at the Department of Trade and Industry, Mr Sipho Zikode and the Head of Department at the Department of Economic Development, Environment and Tourism in Limpopo, Mr Solly Kgopong.