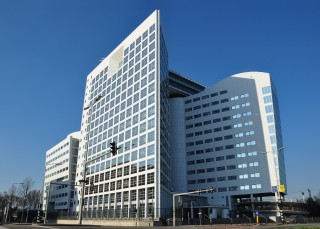 South Africa’s withdrawal from the ICC: What it means for other African countries.

On Sunday, South Africa announced its decision to withdraw from the International Criminal Court (ICC) claiming ICC shows “contempt for the continent” by targeting African leaders while ignoring human rights violations by countries like the USA and Israel. These resolutions were arrived at after members of South Africa’s ruling party African National Congress (ANC) met on Sunday in Johannesburg. This was in reaction to a court order to prevent Sudan’s President, Omar Al-Bashir, accused of genocide and war, from leaving South Africa in June after an African Union (AU) meeting in Johannesburg. The South African Government did not obey this order; Al-Bashir was allowed to leave the country. South Africa’s possible withdrawal would make it the first African country to join the ICC and also the first to leave it.

Case for ICC
The ICC was established in 2002  with a mandate to prosecute “genocide, crimes against humanity, and war crimes” in 123 countries (as at January 2015) that are signatories to the treaty. And with 34 states signed to the treaty, the African continent holds the highest number of signatories. The Court can also prosecute crimes committed in non-member countries if such cases were referred to it by the United Nations Security Council (UNSC). From 2002 till date, 23 cases across nine countries have been brought before the ICC; eight of which are African countries, including Sudan and Libya who are non-member states. The ICC can also prosecutes crimes in member states that are ‘unable’ or ‘unwilling’ to do so themselves. It is imperative to mention that the governments of the Ivory Coast, Central African Republic, Congo DRC, Mali and Uganda have themselves requested the ICC to probe crimes in their sovereignty. Only Libya and Sudan have been referred to ICC by the UNSC.

African countries had in the past accused the ICC of being bias against African nations. In 2011, the former chairman of the African Union Commission, Jean Ping, was quoted to have said “why not Argentina, why not Myanmar why not Iraq?” He made this statement in reference to ICC’s readiness to prosecute Kenya’s president for allegedly inciting violence in the aftermath of 2007 elections in the country, though these charges have since been dropped. Rwanda had in its inception been a fervent supporter of the creation of the court. Despite this, in 2008, Rwanda’s President Paul Kagame called the ICC ‘a fraudulent institution’ that was made for ‘Africans and poor countries’. It appears the willingness of African countries’ to sign the ICC statute has come back to haunt them. The refusal of the South African government to hold Al-bashir has been viewed in some circles as South Africa flouting international Law.

Case for African States
Al-Bashir’s reluctance to answer summons from the ICC for charges of Genocide prompted it to make attempts for his arrest in South Africa during the AU summit in June. Though South Africa was legally obliged to detain Al-Bashir, doing that when other African leaders were also in South Africa would probably have made them lose face among their peers and also undermined their position on the continent. ICC’s attempts to arrest  Al Bashir in South Africa during the AU summit made people question if they had any respect for the African Union. This also shows one of the weaknesses of ICC; its inability to enforce its own authority in member states and even non-member states.

Aftermath of South Africa’s decision
But ANC cannot make the decisions for South Africa. For a country that has an ‘ICC Act’ in its constitution, their withdrawal from ICC is going to be a long drawn out process. After the state has agreed to the withdrawal, the president would then write a letter of ‘withdrawal from this statute’ to the Secretary General of the United Nations, Ban Ki Moon, and after this, wait a year for it’s ratification. However, they would still have to pay any fee owed, and any pending case regarding a South African in ICC continues. Therefore, South African citizens are sure the nation would re-think this decision.

The implication of South Africa’s move is that other African nations will be emboldened to follow suit, and attempt to withdraw from ICC. Having threatened to withdraw in 2013, with rumblings of an ‘African Court of Justice and Human and People’s right ‘ in the making, African countries could finally decide to leave the ICC unanimously.