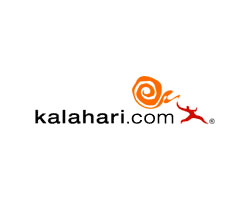 After years of stiff competition for South Africa’s e-commerce space, the sectors biggest players Kalahari and Takealot have announced plans to forge ahead with a merger.

The merger – subject to approval from the Competition Commission – will create an e-commerce power house in Africa’s second largest economy and allow the companies to offer customers a wider selection of product categories and efficient service delivery.

A joint statement released by the companies on Tuesday reads that the both retailers are consolidating their businesses because without scale, online retails in South Africa cannot successfully compete against the local brick and mortar retailers and foreign companies such as Amazon and Alibaba.

Senior executive responsible for Kalahari, Oliver Rippel said: “After many years of losses on Kalahari and 4 years on Takealot, we realise we have to work together if we are to survive and prosper.”

“If you also take into account an uneven playing field against foreign operators who do not pay tax in South Africa, and the fact that high broadband costs are impeding the speed of growth in local online shoppers, combining forces gives us a better chance of success.”

On consolidation, Kalahari and Takealot said they will continue to focus on building a strong relationship with their customers.

The businesses will also continue to trade separately and service their customers as usual through the festive season.

Meanwhile Takealot CEO, Kim Reid will manage the merged entity under the Takealot brand together with Co-CEO and CTO, Willem van Biljon, one of the leaders who built Amazon’s EC2 cloud service.