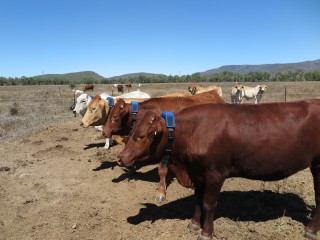 South Africans can now invest in livestock using this app

South Africa is taking investment in agriculture to a whole new level following the introduction of an application that allows users to invest in livestock through their mobile phones.

The pioneering app, “My Farmbook” was introduced by Livestock Wealth, a crowdfunding company that focuses on funding for cattle. With the new service, interested individuals can buy their own cow or an ownership stake in a cow for as low as $41 (576 Rand).

Launched in 2015 with 26 cows, the project now includes more than 2,000 cows and has taken in 50 million Rand, with 10 percent of investors coming from outside South Africa, Reuters reports.

One of the most striking features of this application is that it doesn’t limit the shareholdings to farmers. Livestock enthusiasts, foreigners, and private individuals can make a purchase.

“Many people live in urban areas and they have interests in participating in farming but they cannot physically be there and this offers them a platform to do that,” said Wandile Sihlobo, an economist from South African Agribusiness association.

More so, groups of investors can buy a whole cow, and individuals can purchase ‘shares’ in a pregnant cow or a young calf. A pregnant cow is sold at 18,730 Rand and takes 12 months before the newborn calf can be sold for a return while investing in a calf costs 11,529 rand and takes six months for it to grow enough to be sold.

If the owner insists, a cow could be slaughtered to produce high value free-range, hormone-free, grass-fed beef. The meat is then sold online, or through wholesale to niche export markets, and the owner – or investor can make a return of between 10 percent and 15 percent per annum from the sale of the meat.

While investment in livestock represents an opportunity for individuals to get very attractive returns on their money, livestock is also a significant part of South Africa’s economy. The sector contributes over 50 percent to the agricultural economy.

Also, innovations are growing to keep up with the rising population and the high demand for agricultural resources. It will be almost impossible to meet these needs without leveraging technological advances to generate profit as well as meet the international market.

Other farming innovations changing the South African agricultural landscape include FedGroup, an app that allows users to own assets in blueberry bushes, beehives, and solar panels.