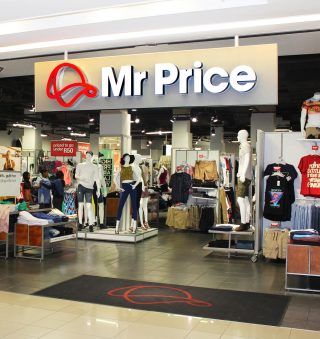 In recent weeks, there has been wide speculation that budget retailer, Mr Price, was making moves to buy a part of troubled South African retailer giant, Edcon Limited. But in a statement that debunked the speculations on Thursday, May 28, 2020, Mr Price said it has no plans to buy department chain operator, Edcon “in part or whole” even as it prepares to ask its shareholders to approve a big equity raise.

The company also added that it’s “criteria for a potential acquisition is clear, consistent and demonstrable in its capital allocation track record, which has over time been communicated extensively to shareholders.”

The conjecture began following a statement made by the retailer that it would seek authority to issue shares for cash not exceeding 10 percent of its current ordinary share capital at a general meeting on June 29, 2020. The aim is to use the proceeds for growth opportunities. According to a report, “internal market research had identified attractive growth areas and a capital raise would enable it to pursue and accelerate these opportunities, organically or through acquisitions.” As of yesterday, its market share rose 1.1 percent to R 130.91

Last year, Edcon got a bailout when the Public Investment Corporation (PIC), landlords and creditors funded it with a R2.7 billion recapitalisation deal in exchange for a stake in the company, which helped it to continue operation. But the recent impact of the COVID-19 (coronavirus) pandemic has taken a huge toll on the country’s largest retailer.

Currently, Edcon needs huge funding to survive as a business. But with most companies and lenders still dealing with the impacts of the coronavirus, the possibility of lending funds to inject into the company is not certain. This places  Edcon in an unfavourable spot.

In a recent report, Edcon announced that between March 15 and April 29, it had lost R2-billion in sales and had filed for voluntary business rescue, even though analysts say it may not yield much money for creditors. In the report an independent retail analyst, Syd Vianello, mentioned that going under business rescue does not mean Edcon will be saved, “it simply gives business rescue practitioners a chance to work out how they can save the company.” He further added that the business rescue process under COVID-19 would be tough for the company as retailers have been restricted to selling only winter items.

Edcon Limited is South Africa’s largest retailer with subsidiaries which include Jet and Edgar. The company, however, anticipates that sales will be depressed for some time during the “Covid-19 risk-adjusted strategy” phase, which may last several months.