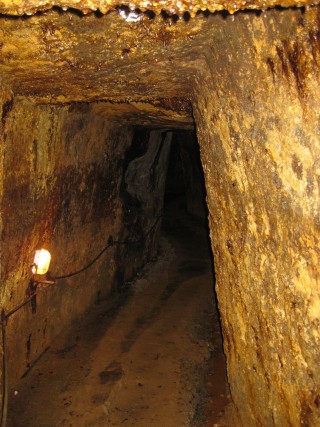 On Wednesday, South Africa’s Minister of Mines and Energy, Gwede Mantashe announced that the country’s mining sector will continue to process platinum group metals (PGMs) despite the country’s 21-day coronavirus lockdown which starts at midnight on Thursday.

This announcement comes after South Africa’s Minerals Council appealed to the government to permit smelters and refiners to continue operating during the national lockdown. According to Mantashe, “Production in gold, chrome, manganese and other sectors will be scaled down, while processing of surface materials in the PGM sectors will continue, this will allow smelters, which cannot be switched on and off abruptly, to remain operational.”

The council also said that “services to staff residences” would continue. In its recommendations document the Minerals Council had asked for workers’ hostels near mine sites to remain open to avoid the risk of virus transmission if they travel back to their homes for the lockdown.

South Africa’s power company, Eskom earlier said miners and transporters of the thermal coal it needs for its power stations will continue to operate during the lockdown. Production and distribution of petroleum products would also continue, Mantashe

According to a Mineral Council document seen by Reuters, located stockpiles of surface materials, concentrators, smelters and refineries should be allowed to continue production on a lower-scale basis with only a few staff in line with all Covid-19 preventative measures in place. Minerals Council said in a statement that Mining companies may also apply to the minister case by case with promises of limiting operations.

On Tuesday after President Ramaphosa announced the lockdown, platinum prices rose by 10 percent. Mining companies are getting prepared for a heavy hit from the lockdown, with many putting mines on care and maintenance status.

Over the years, the mining sector has been the mainstay of the South African economy. Although gold, diamonds, platinum and coal are the most well-known among the minerals and metals mined, South Africa also hosts chrome, vanadium, titanium and a number of other lesser minerals

South Africa’s mining sector accounts for about 18 percent of the nation’s gross domestic product (GDP) being a leading producer of platinum, palladium, coal and gold. PGMs, which include platinum and palladium, are used in catalytic converters that help to reduce car emissions, as well as in jewellery and medical devices.

In 2019, South African supplied an estimated 75 percent of the world’s platinum and 40 percent of palladium. It is also a major producer of iron ore, coal, manganese titanium minerals, gold, and a range of other industrial commodities.

With the announcement of a shutdown by the president, mining companies were already prepared for the possible outcome on their businesses. Gold Fields said that it expected a loss of around 16,000 ounces during the 21-day lockdown based on the current run-rate at its South Deep mine in South Africa.

Harmony Gold said the shutdown would “negatively impact” its annual production guidance of 1.4 million ounces and its full-year earnings. “This is an unprecedented time in the history of the mining industry and our country,” said Chief Executive Peter Steenkamp.

Also, South32 said it would withdraw its full-year guidance for South African operations, which include thermal coal, aluminium, manganese and a smelter. Impala Platinum said its planning an orderly transition to care-and-maintenance status at its mining, smelting and refining operations while also working on an analysis of the impact

However, if the mining sector is forced to shut down, this could either have a positive or negative impact on the economy. While it is too early to measure the effect of South Africa’s mine closure decision, losing some raw materials from the global market might not have an immediate effect on prices, especially as industrial production slows under the weight of factory and border closures.

Closure of mines during this global epidemic could deliver a surprise boost to prices and benefit countries able to keep their mines open. It could also take a drastic turn amounting to more losses for mining companies.