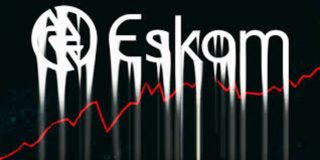 The court ruled that Eskom has failed to prove that its disagreements with NERSA were urgent in what could translate to months of court hearings for the state utility company and the regulator.

“The judge indicated that ‘NERSA violated the basic principle of accounting by treating an equity injection as revenue’,” a statement by Eskom reads. Bailouts are rescue packages in the form of cash or equity injection by a government to state enterprises and in rare cases, private companies, to help them survive.

In December 2019, heavy rain and flooding triggered failures at its Medupi coal-fired plant which led to the dropping of 6,000 megawatts (MW) of power consumption from the national grid. Still, Eskom executives blamed the breakdowns on a lack of critical mid-life maintenance at older plants and design flaws on the mammoth Medupi and Kusile projects.

The power cuts have led to slow production and also the shutting down of businesses across the country, especially mining companies. This situation has had a significant impact on the country’s economy and stunted its growth.