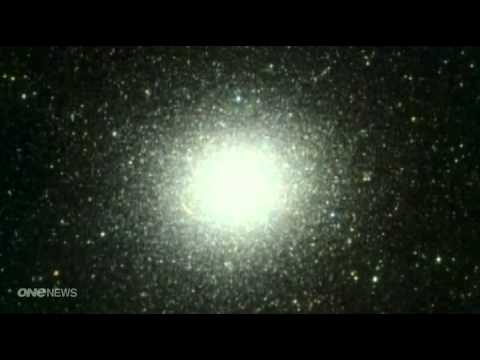 South Africa is partnering with Australia and New Zealand to build the world’s biggest and most advanced radio telescope complex.

The countries will work together on the Square Kilometre Array (SKA) project, which may reveal whether there is life beyond Earth. The SKA member countries that decided that both of the shortlisted candidate nations should host the project made public the news about this initiative on Friday.
The SKA telescope project, which is expected to be completed by the year 2024 is the most advanced scientific project in recent times.
When completed, the telescope will be made up of 3,000 dishes, each 15 metres wide, together with many more antennae, that will altogether give a receiver surface area of a square kilometre.
According to the SKA website, the telescope will be 50 times more sensitive while giving more opportunity to be able to survey the sky 10 000 times faster than any existing radio telescope. It will also allow astronomers study the formation of the first black holes, stars and galaxies.
Apart from this, the telescope will be able to observe complex molecules on distant planets, raising the possibility that it may detect life in another galaxy. It will also be able to collect signals from the origin of the universe when it’s completed.

The majority of the first phase dishes will be built in South Africa, which is considered a “preferred site”, SKA group affirmed.

The decision to split the location of the $2 billion “Square Kilometre Array” followed intense lobbying by the two leading bidders, South Africa one side and a joint bid from Australia and New Zealand on the other. South Africa accepted the decision to share the e1.5 billion (R11bn) project.

“Factors taken into account during the site selection process included levels of radio frequency interference, the long-term sustainability of a radio quiet zone, the physical characteristics of the site, long distance data network connectivity, the operating and infrastructure costs, as well as the political and working environment,” the SKA Organisation said.

Director-General of the Manchester, England organising body, Michiel van Haarlem, said “It’s an international, global project and one of the important things we seek to achieve is the broadest possible support for it.”

“In 2024 we expect to be able to look back at the first stars and milky-ways formed in the universe,” Van Haarlem said. “We’ll look for extraterrestrial life and try to uncover the role of magnetic fields in the forming of stars.”

“This hugely important step for the project allows us to progress the design and prepare for the construction phase of the telescope,” said Michiel van Haarlem.

“The SKA will transform our view of the universe; with it we will see back to the moments after the Big Bang and discover previously unexplored parts of the cosmos.”

On winning the deal, the President of South Africa, Jacob Zuma said, “Africa is indeed rising. South Africa is confident that the country will deliver on the expectations of the continent and world.”

He acknowledged that this vast achievement was possible because of the African Union endorsement and support from partner countries, namely, Botswana, Ghana, Kenya, Madagascar, Mauritius, Namibia and Zambia.
The SKA is more than just a scientific bauble. Global tech companies are already earmarking development funds linked to the project, which will rely on computing technology that does not even exist yet to process the flood of data it will collect. Scientists estimate that the SKA will need processing power equivalent to several million of today’s fastest computers, a report from MSNBC said.