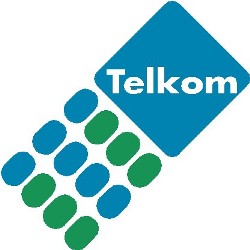 KT Corp., South Korea’s No. 2 mobile operator, last month cut is offer for the stake by nearly a third, bringing the total sale value down to about 3.3 billion rand. The company and Telkom was set to enter into a five-year management agreement to formalize relationships and identify areas for cooperation

According to Telkom, the proposed deal was presented to cabinet on May 30 and did not get the needed support. According to a statement, the cabinet has taken the decision “not to support the transaction as proposed”.

Telkom said it will discuss the implications of the cabinet’s decision with the South African minister of communications.

In recent years, the state-owned fixed-line giant has been floored by steadily falling fixed-line revenue and expensive blunders in Nigeria as it sought to shake off shrinking demand for its core business by pushing into new businesses and markets.

The company has also been struggling to keep up with bigger Johannesburg-based African mobile operators MTN and Vodacom.

KT has been scouring for opportunities in the emerging markets in Africa, Latin America and Eastern Europe in a quest to generate other sources of revenue as competition continues to tell on its earnings on the home front.