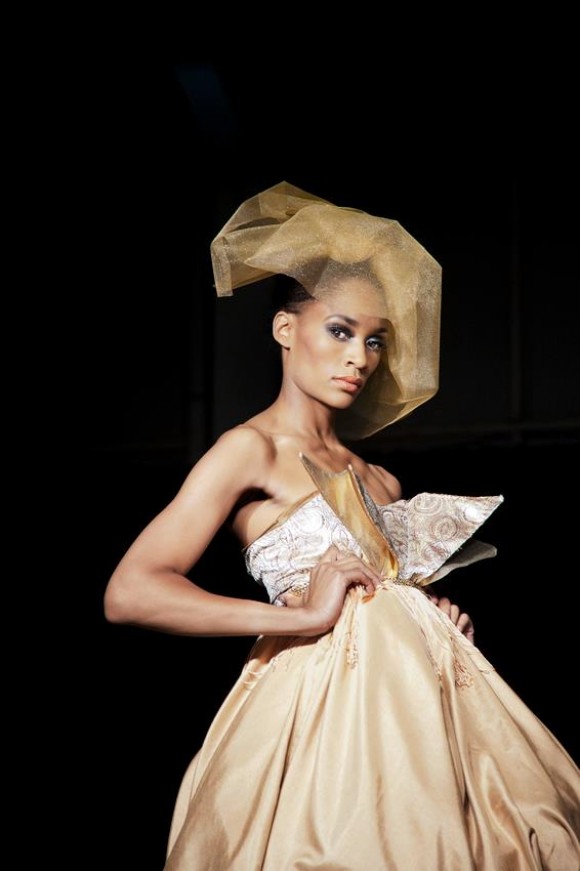 More budding and aspiring designers will get to show-off their talents at the maiden edition of the Soweto Fashion week. The event, which started on Thursday will run for three days while showcasing about sixteen designers.
The designer’s works are expected to be inspired by the creativity and history of South Africa’s renowned town – Soweto.

Twenty-three year old entrepreneur, Stephen Manzini, who is also the organiser of the event said that there is no better place to hold a fashion show in South Africa than in Soweto.

“You walk around Soweto, you see creativity everywhere,” he says.

A fashion blogger, Mahlatse James, says the fact that Manzini did not impose on the designers to show extensive collections or charge them to take part, gives struggling designers the chance to show their work to boutique owners and potential investors.

“Creatives from Soweto do need their own platform,” James said. “If the other fashion platforms cannot afford them that, they have to create their own.”

Although Manzini agrees that the name -Soweto Fashion Week- is an ambitious title for his three-day showcase of 16 designers, he is confident that with time the event will grow to a full week and give many more designers an opportunity. He hopes to start his own business distributing designs that will first take the catwalk this week.

Prior to the beginning of the fashion show, rehearsals were held in the parking lot and garden of a modest apartment borrowed from a tailor friend, in a northern Johannesburg neighborhood.

“We refused to be stopped because we don’t have funding,” said Manzini, who raised 60,000 rand (about $7,500) from churches, business people and other sponsors for the event. His mother, a nurse, tapped her contacts and acted as chairwoman of the event, and is someone off whom he could bounce ideas, Manzini said.

Soweto has long been known for its quirky sense of style, with designers splashing bright colors and urban sensibilities on everything from the latest silhouettes on European runways to reworkings of the dapper suits Nelson Mandela wore when he lived in the township in the 1940s. The older Mandela is best known for his relaxed but colorful shirts. But as a younger man, the son of a royal family was a political celebrity in Soweto, and dressed the part.

“The style that Nelson Mandela rocked in his day,” and other looks from the 1940s and 1950s are popular among Soweto designers, said fashion writer James.

The show is set in one of modern Soweto Hotel, which is also a sponsor of the event. It provides a classy stage with a reminiscent history as it sits on the square where, in 1955; South Africans of all races gathered to adopt the Freedom Charter, which proclaims:

“South Africa belongs to all who live in it, black and white.” Freedom Square is now a national monument. One of the designers exhibiting on the show, 29-year-old Tebogo Lehlabi, said “It’s a great opportunity. It’s a long time coming. There’s a lot of talent that’s going on in the townships.”

Lehlabi, who comes from another Johannesburg township, Alexandra, has never before participated in a fashion week. She said she had not been confident enough in the past to seek such a showcase, but now hopes that boutique owners will see her designs in Soweto and seek her out.

Image via The event