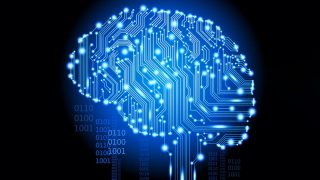 The centre which is the first of its kind in Africa is a reaction to the Use of Official Languages Act of 2012, which addresses equal development and use of the 11 official languages of the country. It will host a resource portal that provides a single point of entry with access to over 200 language resources and tools.

The research infrastructure is currently housed by North-West University and has the backing of the Council for Scientific and Industrial Research, the University of South Africa, the University of Pretoria, and the Inter-institutional Centre for Language Development and Assessment.

In addition, SADiLaR is aimed at creating and managing digital resources, along with software supporting researches and developments in language technologies and language-related studies in all of South Africa’s official languages.

One of the projects funded by SADiLaR is the Communicative Development Inventories (CDIs), a children language acquisition scheme in all official languages. Through CDIs, parents or caregivers can report their child’s use of gestures, words and sentences. With this, language development in children from eight to thirty months can be measured. Results gotten from it are reliable and valid indicators of communicative development.

Through this project, a team consisting of Associate Professor and Co-Director of Child Language Africa, Heather Brookes, speech-language therapists, audiologists, linguists, paediatricians, public health specialists and psychologists, are trying to generate knowledge about language developments and difficulties in young children.

The development of SADiLaR which began in 2016 is divided into two programmes. The first is a digitisation programme, which requires the systematic creation of relevant digital text, speech and multi-modal resources related to all the official languages, and the development of proper natural language processing.

While the second is a digital humanities programme, which facilitates the building of research capacity by promoting and supporting the use of digital data and innovative methods in the humanities and social sciences.

Moreso, the availability of a large database enables the development of a variety of language technology applications for the public good SADiLaR has aided some fields of research which include language, literary and heritage studies, history, music, sociology, journalism, philosophy, psychology, media studies, and visual and graphic art. It has also benefited over a thousand students, and approximately ninety researchers and developers.