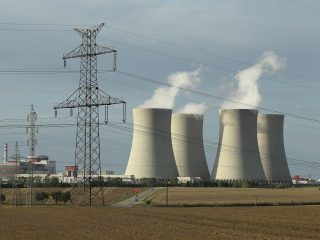 On Thursday, May 07, 2020, South Africa’s Energy Ministry told the country’s lawmakers that it will soon start developing a plan for a new 2,500 megawatt (MW) nuclear power in the country. Going by the Ministry’s presentation, South Africa is projecting 2024 for the completion of the nuclear power project.

According to a statement by the energy ministry, “the development of the road map for the 2,500 MW Nuclear New Build Programme will be commencing soon,” and no commencement time was stated. However, Energy Minister, Gwede Mantashe has stated that the government would first “test the market” and get the opinions of potential investors or consortia about building the new nuclear facility.

This new move is coming 2 years after the project was abandoned in 2018, during former President Jacob Zuma’s administration. During the last regime, economic analysts had worried over the cost implication of its ambitious nuclear power project which totalled 9,600 MW, on an ailing economy.

South Africa has for a long time depended solely on its coal generating plant, causing Eskom to implement deep power cuts that have negatively affected the economy. The power cuts also provoked the exit of some investors from the country, witnessed the death of many businesses, and contributed to an economic quagmire that delisted SA from the international bond market.

If the South African government works hard enough to persuade investors to invest in the proposed project, there are chances that the country would begin to experience exponential growth. This is because the availability of electrical power supply in society breeds a rise of industry players, new investors, small businesses and increased employment. All these will help the country to internally generate more revenue and boost its GDP.