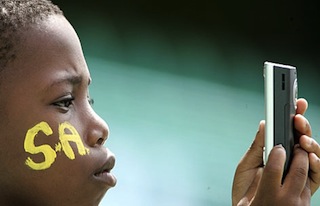 South Africa Has One Of The Most Expensive Call Rates, A New Research Reveals

A recent report released by Research ICT Africa this week affirms that South Africa has one of the most expensive call rates in Africa.

According to the report – ‘Africa prepaid mobile price index’ – South Africa ranked 32 out of 46 countries surveyed on the continent. The country was also ranked 30 in mobile pricing.

The report rates Kenya, Mauritius, Egypt and Namibia among African countries with the most affordable call rates.

When compared to Namibia, which was formerly on a par with South Africa, the report says the latter’s prepaid rate is 360% more expensive. This makes it three times more expensive than Namibia’s.

The report covers January 2011 to January 2012 and posits that despite CellC and 8ta slash on call rates, South Africa call rate is still expensive. It also points out that although Vodacom is the major player in South Africa telecom industry, MTN, the second dominant body is the most expensive in low-user basket (consumers that spend below R100 ($12.5813 USD) on mobile).

“Not long ago, South Africa and Namibia shared the same mobile termination rates and had similar end-user prices. Today, Namibia enjoys the cheapest mobile prepaid prices in Africa (ranked 8th) as a result of the slashing of its termination rates to close costs,” the report noted.

In response, Vodacom spokesman, Richard Boorman argued that it was incorrect to look at pricing in different countries without comparing quality and coverage. South Africa has some of the most advanced networks in the world and extremely high population coverage.