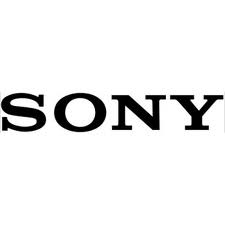 Doing business in Africa, especially in electronics has triggered Sony, the American based company, to “set a $1.4 billion target for the continent’s electronics market”, due to the potential embedded in Nigeria and other African electronic markets.

The announcement was made in Cape Town, South Africa, while the company was unveiling its “extensive blueprint for expansion across the Africa continent”.

Sony seems to have many ambitions to this new investments destination, the African continent. The African and Middle East Sony Managing Director Sugiyama said that “Africa is a vast continent, and we understand that it is made up of different and diverse countries with many languages and cultures that require localized communication”.

For him, there must be an appropriate way to satisfy its requirements. “We are moving fast to satisfy requirements and preferences through vehicles such as a multi-lingual Sony website in Africa’s predominant languages including French, Portuguese, English and Arabic”. Sony official believes also that the use of social medias in Africa, can give good results and that is why, he said, the firm is “looking to launch a dedicated Sony Facebook page for Africa”.

Investing in Africa, in this electronic market, is benefiting as Nigeria, one of the top targets of the company, is among the top four investments destination in the world, after India, Brazil and South Africa poor performances in 2012.

Sony said that it looked to transform the African consumers’ experience in the electronics sector through launching the latest technology products, experiential Sony brand stores and setting up authorized service centres in almost every country in Nigeria and then, to the African continent.

Sony will, in the close future, open new zonal offices in Nigeria, The Guardian added, highlighting that other countries will be served too. Those are: Morocco, Ghana, and Angola.

New investments mean new jobs. The Guardian said that in Africa, Sony would employ local human resources. Not only that, Sony plans to identify new “business partners with the capacity to compliment the Sony growth strategy in Africa”, as the newspaper went on.

Citing the Managing Director, Sony Middle East and Africa, Hiroyasu Sugiyama, The Guardian urged: “Africa is undoubtedly one of the most important markets for Sony. By 2015, we hope to achieve a $1.4 billion share in the consumer electronics space, including the fast-growing mobile phone business. The numbers certainly look exciting, but our immediate focus is to identify tactics that help us move towards our target. The Sony roadmap for Africa constitutes a four-pillared strategy based on ‘product’, ‘customer’, ‘community’ and ‘operation’.”

The African needs of Sony products in local markets pushed the firm to think of being close to Africa, by using local resources and partnering with local enterprises. Sony, will thus, synchronize its international launches to include the African continent in its entirety, as the paper added.

As the African continent is the main destination in the world of all sorts of investments, Sony decided not to be left behind other companies who have landed to this continent. Thus “Sony is adjudged number one in the audio products category in Africa, commanding a market share of over 40 per cent”. Here, it is important to note that South Africa is one of the main markets of Sony.

Sony, the American based computer company will also launch 67 authorized service centres in Africa this year, which will be increased to 87 centers by March 2014.