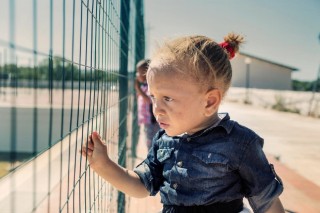 Someone tell the UN witchunting albinos is not common in Nigeria

The United Nations Refugee Agency (UNHCR) released an article yesterday about a Nigerian migrant family in Italy. Titled ‘A New Reason To Smile’, writer Alice Philipson tells the story of a Nigerian migrant family in Italy who claim they cannot return to Nigeria because their albino daughter would be kidnapped and used for rituals. The father, 43 year old Darlington claims village elders use albinos for rituals in his village in Southeast Nigeria, therefore it is not safe to return.

In the article, Philipson uses examples of ritual killings in Tanzania and Democratic Republic of Congo to support the family’s claims. Perhaps, the article would be true if Tanzania was a state in Nigeria, or if Tanzania was another name for Imo state. However, that’s not the case. What the writer has managed to portray in this article is a hasty generalization of albinism and its socio-cultural reality in Africa. The reporter managed to convey the feeling that albinos are constantly hounded in Nigeria, just like in Tanzania and Democratic republic of Congo. However, Tanzania and Nigeria are thousands of miles apart and their cultures are simply not the same.

This article does not adequately describe the current reality of albinos in Nigeria. While, albinos in Nigerian can suffer discrimination because of their skin color, they can also live freely like anyone else. This is not to say that discrimination has not taken shape in killings. In 2013, The Albino Foundation of Nigeria called attention to the reality of six million albinos in Nigeria. Founder and CEO Jake Epelle appealed to the Nigeria’s government in concern that albinos were being killed and going missing across the country. However, Nigeria has a National Committee on Albinism, and while studies indicate that about 600,000 of them have suffered discrimination at one time or the other from peers, schoolmates and employers, there are no mentions of killings. There is also a National Committee on Albinism created by Nigeria’s Ministry of Education in 2012, which emphasizes the seriousness Nigeria’s government places on albinism. While 70 albino killings have been reported since 2000 in Tanzania, none have been reported in Nigeria. Though historically in Nigeria, giving birth to an albino was perceived as a punishment from the gods, walking through the streets of Lagos or Port Harcourt today illuminates that Nigerians know better.

This article joins the long list of media coverage, which describe Africa as if it were a country and not a continent with many nations. Philipson did not bother to investigate the nuances or cultural context of the family’s claim. Not one case was given of albino killings or kidnap in Nigeria in the article, which only drew on data from Tanzania as evidence.

These were some of the reactions on social media by some Nigerians who saw the article:

@Refugees Albinos live freely and prosper in all states of #Nigeria. It is a disgrace of seismic proportions for a @UN agency to slander.

@Refugees The story is about a woman trying to lie and scam her way into Italy. She lied to justify her refugee status. THIS STORY IS FALSE

@Refugees Such a respectable organization should do a research first before posting such acrimonious slander.