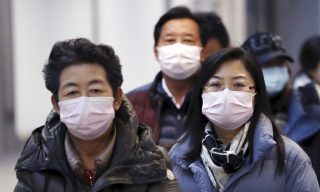 Smartphones, surveillance and the fight against COVID-19 pandemic

Within two weeks, nine leading European university hospitals would most likely run out of essential medicines to treat patients seriously ill with COVID-19, they have warned, even as the number of global infections nears one million, with more than 50,000 deaths.

As the pandemic worsens, most governments across the world are likely to exploit their power to monitor people using data from smartphones, taking a cue from countries already using mobile apps and real-time phone-location data to track the movements of virus carriers and the people they come in contact with. The goal is to develop a better sense of where infections are flaring up, how they are spreading and when authorities need to enforce quarantines to limit the spread of the new coronavirus.

Without resorting to lockdowns, South Korea has been able to keep the pandemic at bay through a combination of measures that include using credit-card transaction records, CCTV footage, and cell phone location data to create a public map of coronavirus patients, tracking where people may have been exposed.

The method has proven effective so far. Overall, South Korea has tested nearly 400,000 people for the virus in less than two months – one of the highest rates in the world. With nearly 10,000 cases and a total of 169 deaths, results seen in Seoul are much better in comparison to Spain and Italy that were hit much later. The European countries have more than 10,000 and 13,000 deaths respectively with ten times the number of cases in the Asian nation.

Taiwan’s “electronic fence” alerts authorities when a quarantined person moves too far away from their home while Beijing uses a ‘health code’ add-ons for Alibaba’s Alipay payment platform and Tencent’s WeChat to restrict the movement of potentially infected people. Closely monitored by authorities, the system assigns unique QR codes to users based on their health status, granting different travel and access rights – green code holders are able to move freely while yellow and red codes indicate that a person must be quarantined.

Several European nations are now pondering the use of the very powerful but potentially intrusive tools for fighting the coronavirus pandemic. France recently passed a law that gives the government the power to control people’s movements, and network operators in Europe have reportedly shared some data with health authorities in Italy, Germany, and Austria.

In the United Kingdom, privacy watchdog – the Information Commissioner’s Office – has said the government can legally use personal data from people’s mobile phones to track and monitor behavior if it helps fight the spread of coronavirus considering the severity of the outbreak. The approval came after news emerged that the government was in talks with British mobile phone companies for the potential use of anonymous location and usage data to create movement maps, thereby discovering whether the public is abiding by lockdown rules. Across the continent, other countries with versions of tracking apps include Spain, Romania, Slovakia, and Poland.

Government officials in the United States, grappling with over 200,000 cases, are using cellphone location data from the mobile ad industry, not data from the carriers themselves, to track Americans’ movements during the outbreak. Cell phone carriers in the U.S. told the Wall Street Journal they have not been asked by the government to provide location data. But reports show that authorities were in “active talks” with Facebook, Google, and other tech companies, to figure out how to use location data from phones.

Data from mobile devices and other surveillance measures have proved to be effective in tracking coronavirus infection vectors – South Korea says automatically tracking the contacts of fresh infections, using mobile technology, gets results in ten minutes instead of 24 hours. But they could put public health at odds with individual privacy and advocates fear that the intrusive surveillance could be abused without careful oversight, with possible consequences for civil liberties.