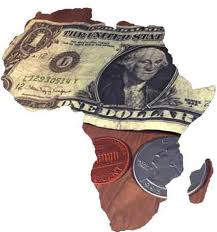 The investment, which is Temasek first major deal in Nigeria comes at a time when the private arm of the World Bank, International Finance Corporation (IFC) invested $105 million in the Nigerian company.

Temasek, with a portfolio valued at $215 billion, as of March 2013, made its first investment in Africa in 2011 when it partnered with the Oppenheimer family to create a $300 million joint venture called Tana Africa. Tana is a major investor in Promasidor, which has operations in several African countries including South Africa, and Regina, Egypt’s second largest pasta producer.

Five months ago, it bought a 20 percent a stake valued at $1.3 billion in several gasfields controlled by Ophir Energy.

Speaking to the Financial Times, Temasek’s spokesman, Stephen Forshaw said the company sees “opportunities consistent with the themes that drive its investment approach.”

Founded about 40 years ago, Temasek, like other Singaporean companies, is increasingly investing in Africa, as a result of the continent’s burgeoning consumer market.

According to KPMG’s head of consumer and industrial markets in Nigeria, Wole Obayomi, “Africa has the world’s fastest-growing population and is projected to account for more than 40% of the global population growth in 2030.”