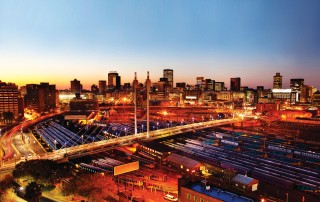 Significant events in Nigerian and African policies in 2017

In Nigeria, and around Africa this year, there have been different attempts to change the status quo in government and in the systems and institutions that govern them. While some did not yield the required results, they showed the significance of why much needed reform is required in most African countries. Here are the top 7 significant events in 2017.

This year has been full of protests for the people of Togo. They’ve been calling for an end to the Gnassingbe dynasty, which has ruled the country for most of its independence, despite it being a democracy. Faure Gnassingbe is the president of Togo, taking over from his father in 2005 after his death, and inadvertently making Togo’s democracy a meritocracy. With the use of state oppression and the complicit silence of other African leaders, Gnassingbe has refused to step down. However, the Togo protests have refused to stop, implying that Africans know what democracy is, and that they can demand for change if they want it.

For George Weah, it’s second time lucky as he was announced president of Liberia in December. After his remarkable career as a footballer in Europe, he decided to be president of his country. He first contested in 2005 against Ellen Sirleaf Johnson, and lost. He then became senator in Monrovia, Liberia’s capital in 2014. after bidding his time, going to university, and earning two degrees, he contested again and won. His win is a clear departure from the traditional ex-military men and career politicians contesting to be their country’s leaders. The success of his administration could determine if other African countries would warm up to voting for people from other walks of life.

U.S. president Donald Trump’s muslim ban, an executive order banning citizens from countries thought to be purveyors of terrorism , earlier this year affected several African countries. While some of these countries haven’t had any of their citizens committing acts of terrorism in the United States.The ban meant that the US. can refuse visa for people from Chad, Iran, Libya, Somalia, Syria, Yemen, North Korea and Venezuela. Although American courts are still fighting the ban, it was an executive order from the president, and hence had to be implemented. People from Chad, Libya, and Somalia trying to escape violence can’t move to the USA.

Mugabe’s unceremonious exit as president ended three decades of government oppression and human rights violations. It sent reverberations around Africa, as it signified the end of old regimes across Africa. Already this year, Angola’s Jose Eduardo Santos and Yahya Jammeh have all stepped down from their esteemed positions as African ‘big men’. The African Union, made up of such men, will be feeling the heat now ahead of its annual summit in January 2018. Top of their agenda would be whether to strengthen democratic institutions in their countries, or whether to weaken them to favour themselves.

Emmanuel Macron’s presidential win in France was hailed as phenomenal. A young, savvy french president, who represented the present day neo-liberal politics. Africans also begun to hope, especially francophone countries, that it would also signify the removal of shackles placed on African countries by the neo-colonialist policies of France –Francafrique– in Africa. However, people were soon made to rethink Macron as first, he claimed Africa was held back by ‘civilisational problems’, and African women had ‘seven or eight’ children. Read here. His claims were termed hypocritical, since they failed to acknowledge France’s role in the truer aspects of his claims. In a visit to Burkina Faso later this year, during the annual France speech made by French presidents in francophone countries, this time by Macron, he also failed to convince anyone that France’s role in Africa would really change. So much for the liberal president.

When two colonial powers invade your country and give you their language, while depriving you of yours, and then they eventually leave, what remains is a country devoid of identity, sort of like Cameroon. There’s tension now in Cameroon over the seemingly forced assimilation of the British part of Cameroon by the french part, led by its very francophile president, Paul Biya. Agitations for independence by anglophone Cameroon has been ongoing for more than a year now, with the agitation for secession getting more militant. The sensible solution will be to give them more representation, but what’s sensible to many people isn’t to a dictator.

News broke this year that Africans were being sold as slaves in Libya while they attempted to cross into Europe. The perpetrators of this act are the smugglers and middlemen who seemingly under the guise of helping this people cross the meditteranean, place them in auctions at slave markets for sale. The barbaric act has been blamed on many people, and already African leaders have begun to repartriate their citizens back to their countries. Many of these returnees have told their story of what is happening in Libya, but it is doubtful their stories would be enough to stop people from making the dangerous journies across the desert into Libya. The more pertinent question will be, what are these governments doing to stop migrations from their countries?

There has been a general outrage against SARS in Nigeria this year. SARS is a special arm of the Nigeria Police Force created to combat violent crimes. The group, however, has become a societal menace, perpetrating the very acts it was created to stop. SARS officers have been accused of armed robbery, extortions, assault, and murder. Torture became a lucrative business enterprise for some of them. There were calls for the Police force unit to be scrapped, and for a total reform of Nigeria’s Police Force. The Inspector General of Police promised to look into the crises, and has seemingly addressed it.