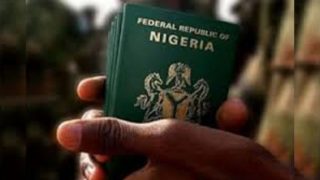 The pandemic has changed and continues to change the world. The unprecedented arrival of the deadly virus paralyzed businesses globally. And, although the effects of the pandemic persist, things are not as intense as they were last year.

Globally, countries and economies are recouping from the effects of the pandemic in 2020. This has generally entailed putting new policies and roadmaps in place all through 2021.

Nigeria is no different; from strategic economic policies to the passage of bills and a clampdown on businesses, the Nigerian government has had a busy year. However, whether some of these policies aided economic growth or recovery is debatable.

On the 5th of February, 2021, the Central Bank of Nigeria (CBN) released a circular ordering all financial institutions to stop facilitating crypto transactions and desist from transacting with entities engaging in crypto. The CBN argued that cryptocurrencies transactions were devoid of proper regulation.

This sparked reactions from Nigerians trading this digital asset who saw their source of income threatened. With the country’s high unemployment rate, many Nigerians, particularly young people, are turning to the cryptocurrency industry to make ends meet.

Despite the ban, the crypto space in the country keeps blooming. Nigeria is the world’s leading country in terms of Bitcoin and cryptocurrency adoption per capita. This is not unrelated to the popularity of peer-to-peer (P2P) trading as a means of overcoming the barrier of restriction.

In June, the Federal Government of Nigeria announced it had suspended Twitter indefinitely in the country. The reason for the suspension was due to what the government described as “the persistent use of the platform for activities that are capable of undermining Nigeria’s corporate existence”.

Twitter is the 6th most used social media platform in Nigeria. For many Nigerians, the application is not just a social media platform, it is a business platform. A ban on the app meant businesses were going to suffer. Its persistence also portrays Nigeria as a hostile environment for foreign investment.

Many users who rely on Twitter for a living have lost their jobs as a result of the policy. So far, social media managers, influencers, online vendors, and others have borne the brunt. According to reports, the ban cost the Nigerian government $360 million in two months.

In August, the fintech industry was in a frenzy after a Federal high court in Abuja granted the request of the Central Bank of Nigeria (CBN) to freeze the bank accounts of six fintech platforms for 180 days.

The lack of solid engagement between the federal government and the affected parties (fintech firms) was not good for the growth and image of the industry. As with other similar policies, people feared it would lead to investor apprehension, which Nigeria has recently experienced. Global tech giants such as Google, Microsoft, Twitter, and Huawei have bypassed Nigeria to establish operations in neighbouring countries.

On the 25th of October, Nigeria launched its first digital currency. The launch puts Nigeria on the list of very few nations in the world to adopt the electronic money system. The digital naira is issued by the Central Bank of Nigeria and approved financial institutions. It is held directly in the digital wallets of Nigerians and recognized as a form of payment everywhere.

Some benefits of e-naira include macro-management and growth, cross-border trade facilitation, financial inclusion, monetary policy effectiveness, improved payment efficiency, etc. The e-Naira can boost Nigeria’s Gross Domestic Product by up to $29 billion over the next decade and would also be used to tackle inflation.

Although the oil and gas industry contributes less than 10 per cent to Nigeria’s GDP, it contributes about 90 per cent of the foreign exchange earnings and 60 per cent of its total income. Despite its status as a source of revenue for the country, the sector is plagued by leadership issues, corruption, and environmental degradation. In a bid to reform the sector, the Nigerian Senate passed a 13-year long overdue Petroleum Industry Bill (PIB) in July.

Nigeria loses $200 billion yearly due to the non-passage of the Petroleum Industry Bill (PIB) and $15 billion more yearly in investments due to regulatory uncertainties. The PIB will ensure strict implementation of environmental policies, laws, and regulations for midstream and downstream petroleum operations. And also the development and enforcement of a framework on tariff and pricing for natural gas and petroleum products. The long-awaited PIB is said to be the key to unlocking economic growth in the oil sector.

Being a major market for Nigerians transacting businesses and travelling abroad, the CBN supplies the BDCs billions of dollars annually. With the ban, the CBN will be selling directly to commercial banks, where customers who have legitimate and applicable transactions would buy. This forced forex operators to source forex from a third source.

Sourcing forex from a third source means the BDCs would sell at higher rates. The ban on BDCs and the shutdown of websites offering parallel rates led to information asymmetry and panic-driven prices. Since there was no centralized method of determining parallel rates, most forex traders raised their prices to avoid loss. This affected the prices of imported commodities, on which Nigerians rely solely.

Aside from increased prices, there were concerns that Nigerians working in the industry would add to the already high number of unemployed Nigerians. Applicants for approximately 5,000 new BDCs applications per month would be forced to seek alternative employment.

On the 1st of March 2021, Dr. Ngozi Okonjo Iweala’s term as the Director-General of the World Trade Organisation kicked off. Globally, this was one of the most anticipated appointments of 2021, and her emergence as the lead candidate set records. She became the first woman and the first African Director-General to be in the position.

Her appointment came at a time when the world needs a strong WTO to recover fully and quickly from the devastating effects of the COVID-19 pandemic. It is expected that having an African in that position will hasten the continent’s transition from reliance on foreign aid to trade dominance.