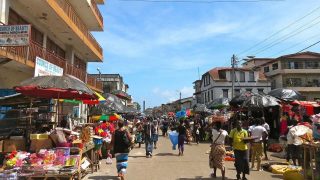 Sierra Leone has joined the list of African countries to implement a visa-free policy for travellers from other parts of the continent. The new system gives visa on arrival for all African nationals and other selected citizens from across the world.

According to a statement from the Ministry of Internal Affairs, countries in the Economic Community of West African States (ECOWAS) will be granted visa-free entry with immediate effect under the new regime. This means citizens within the sub-regional bloc will benefit from the bloc’s visa-free protocol.

Meanwhile, citizens of the African Union (AU) member states will enjoy visa-on-arrival but will be required to pay a $25 dollar fee, as “all other countries with which Sierra Leone has a visa-free arrangement will continue to enjoy visa-free access,” the statement read.

The move by Sierra Leone’s government is part of efforts to promote tourism – one of the most dynamic and fastest-growing industries in the country but with dwindling arrival figures. As in many other developing nations, the sector is vital to the economy. It employs some 8,000 Sierra Leoneans according to data from the International Labour Organization, with a growing number of jobs expected to be created in the future.

A tourism brief provided by the National Tourist Board shows that Sierra Leone, known for main tourist attractions such as beaches, nature reserves, mountains, and islands, plans to open up and invest in tourism development, making the sector a key driver of socio-economic progress through export revenues, the creation of jobs and enterprises, as well as infrastructure development.

The board and the Ministry of Tourism recently revealed at World Travel Market in London that the country, once devastated by war and conflict, wanted to change its narrative and improve its national image. The minister expressed that the country has high hopes for tourism to become the lead industry.

Moreover, the government of Sierra Leone is also trying to attract foreign direct investment (FDI) with the new and extensive visa-free regime. Following a steady growth until 2012, the Ebola outbreak in Sierra Leone severely impacted FDI. Consequently, investment flows hit their lowest level since 2010 with $129 million in 2017. However, they picked up by 365 percent in 2018 to reach $599 million, UNCTAD’s 2019 World Investment Report shows.

To effect the new visa policy, all stakeholders such as embassies, airline operators, partners, and governments have been duly informed, the statement, issued through the Immigration Service, added.

“This is an indication that the new direction is poised to take the country to another level and our latest step in making the country attractive to tourists and foreign investors,” Information Minister, Mohamed Rahman Swaray, was quoted as saying by a local portal.

Other nations that will benefit from the visa-free system will be required to pay $80 visa fee on arrival. These include the United States, the United Kingdom, European Union (EU) member states and the BRICS nations – Brazil, Russia, India, China, and South Africa.