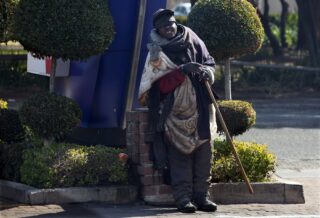 Should Africa be worried about a global recession?

In the early 2000s, Pushpaben Kishorkumar Kapani made a living by polishing diamonds with her husband in the large western Indian city of Ahmedabad. They weren’t rich, but they made enough to care for themselves and their daughter. According to her, they “made good money through diamond polishing.” However, in 2008, that story took a different turn. Before that year, there were up to 1000 diamond polishing factories in Ahmedabad. But most of them shut down after 2008, thanks to a global financial crisis. By 2009, Kapani and her husband were jobless and even struggled with food shortages.

The global financial crisis that birthed Kapani’s story started with the collapse of the real estate market in the United States. Today we remember that period as the Great Recession, the most significant downturn since the Great Depression. The point here is how events in one influential country can affect many other economies around the globe.

Why will what happens in the United States or Ukraine affect economies millions of miles away from them? The answer is hyper-globalization, a term used to describe how much economies today increasingly depend on each other. We have become so interconnected through international trade and, in some cases, external borrowings.

Today, the number of people expecting the United States to go into recession is growing. A survey by CNBC showed that eight in ten small businesses in the US expect a recession this year. David Malpass, the President of the World Bank, shares the same sentiment. A recent BBC report quoted him saying, “it’s hard right now to see how we avoid a recession.” Even Elon Musk tweeted in December that he anticipates a recession in Summer 2022. A few people are still optimistic that a recession won’t happen. But before taking any sides, we need to understand what’s going on.

What makes a global recession?

Defining a global recession is no easy task. Some economists define a “technical recession” as when an economy experiences two consecutive negative quarters of economic growth, i.e. GDP falls for two successive quarters.

That’s probably why the IMF and World Bank prefer to see a global recession as a year when the average global citizen experiences a drop in real income. At least it’s easier to measure that at scale without adjusting for different regions. So they highlight 1975, 1982, 1991, 2009 and 2020 as the dates of the previous five global recessions. Howbeit, there are indicators causing worries about recession.

The markets are gloomy.

Financial markets might be the Wild West of the business world. However, they serve as leading economic indicators, i.e. their performance today gives insight into the economy’s outlook for tomorrow. The economy is usually happy when the market feels that way and depressed when otherwise. By that metric, tomorrow is bleak for many.

The fixed-income yield curve is the closest measure macroeconomists have to an early warning signal for recessions in advanced countries. It’s basically a chart that plots different-tenured fixed income assets (e.g. 6-month treasury bill, 10-year bond, etc.) with their corresponding yields (interest rate) at the time. A healthy yield curve is upward sloping. But today, the US fixed income yield curve is inverted, and people are arguing why this time is different. This metric is so salient because inverted yield curves have preceded every single US recession since 1955 and only given one false positive during that period.

Financial markets are not the only indicator of doom for the US economy. Inflation in the US is accelerating rapidly. The Federal Reserve (nicknamed the Fed), which has become a de facto central bank for the global south, views the personal consumption price index (PCE) as the most accurate measure of U.S. inflation. It’s more comprehensive and accounts for when consumers substitute cheaper goods for more expensive ones. In March, the PCE reached a 40-year high of 6.6 per cent. Meanwhile, the consumer price index (CPI), which the US Bureau of Labor Statistics is more familiar with, is now over 8 per cent year-on-year.

The takeaway here is that most Americans have never endured such high inflation. However, the US is not the only giant economists are worried about today.

China has become a global giant in today’s economy. It is now so large that when it catches Covid, the rest of the world cannot ignore its pain. And that’s not simply because it’s the most populated country. China accounts for 19 per cent of the world’s total output. But the country’s growth prospects have been hammered by strict Covid-19 lockdowns in a bid to quell its Omicron outbreak.

These lockdowns have left ships queueing outside Chinese ports, and the country’s manufacturing and retail sectors have started to contract. Retail sales fell 11 per cent year-on-year in April, while industrial production was down 3 per cent.

China’s home sales also dropped more last month than in early 2020, when its economy receded, despite the People’s Bank of China loosening monetary policy to encourage borrowing and spending. At the same time, unemployment is rising.

Europe is not going through a less difficult time. Apart from the UK, inflation stems almost universally from higher energy prices and can be traced directly to Russia’s invasion of Ukraine. With inflation of 7.4 per cent in April, eurozone prices are rising much faster than citizens’ incomes. Experts worry that the shutting of the Black Sea ports that Ukraine uses for exporting grain might lead to a food crisis later this year.

To worry or not?

During the Great Recession, demand for commodities such as oil, platinum, nickel, gold and copper declined, causing African economies to suffer setbacks. In the second half of 2008, non-energy commodity prices plunged 38 per cent. Oil prices fell 69 per cent between July and December 2008. Also, remittances, tourism receipts and capital inflows started drying up.

South Africa went into recession for the first time in 17 years, and some argue that it may not have fully recovered from that crash today. Oil exporting countries like Nigeria and Angola were also affected.

Meanwhile, North Africa was one of the least affected regions by the global crisis. Even though economic growth slowed down, it still held a strong growth outlook.

What’s notable here is that the most bruised countries in that recession were the ones that depended heavily on inflows from the Western world. For instance, as of 2009, foreign investors were dominant participants in the Nigerian Stock Exchange. So the global recession caused the NSE All-Share Index to record the steepest quarterly decline in more than a decade and the sharpest decline in the world at 37 per cent.

For countries like Nigeria, where foreign direct investment has already hit a five-year-low, a global recession might not be their biggest worry.

But even in the face of the IMF’s optimism, there are reasons to be sceptical. In fact, economic growth numbers (forecast or otherwise) may not reflect the economic realities of many Africans.

Energy prices have skyrocketed this year, yet countries like Nigeria and Uganda seem sucked into a debate on spending on petrol subsidies.

Painful as it may seem, recessions are normal. Boom-and-bust is the story of every financial system and economy ever. It only becomes a problem when economies go down and stay down. So, recession or not, the concern should be on the ability of economies to grow. Most African countries which seem vulnerable to a global recession today are also vulnerable without a recession.

More so, in the past few years, tech has become a beacon of hope for the continent. However, we’ve celebrated more startups that raised capital from both local and foreign investors than those that are profitable. That has thrown us into the debate of whether our startups are overvalued. But a possible upside to a contraction of capital is that we get less carried away by euphoria and prioritise building profitable businesses that can grow our economy.