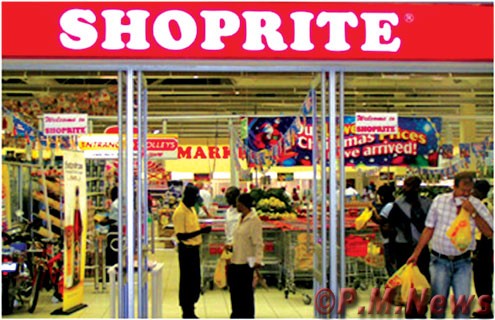 “The division benefited from strong sales in the month of December, which were 13 percent higher than in the corresponding period,” it added.

The group’s non-RSA supermarkets’ sales growth of 15 percent was negatively impacted by the sale of the Tanzanian business as well as the temporary closure of the Palanca store in Angola in July 2014 due to a fire. The store is being rebuilt.

Taken at constant currencies sales grew by 15.4 percent. The group’s furniture division experienced a buoyant December which helped it grow sales by 12.2 percent for the period, with the OK Furniture brand the best performer.
Other operating segments also achieved satisfactory growth of 12.7 percent, Shoprite said.

Wetherlys is owned by Ellerine, the furniture retailer which is a unit of the bombed-out provider of unsecured loans, African Bank Investments Limited (ABIL).

The Competition Commission also suggested that the transaction, whose worth was not revealed at the time, be permitted on the proviso that Shoprite does not retrench the over 300 workers that work at Wetherlys. Talks are still on-going.